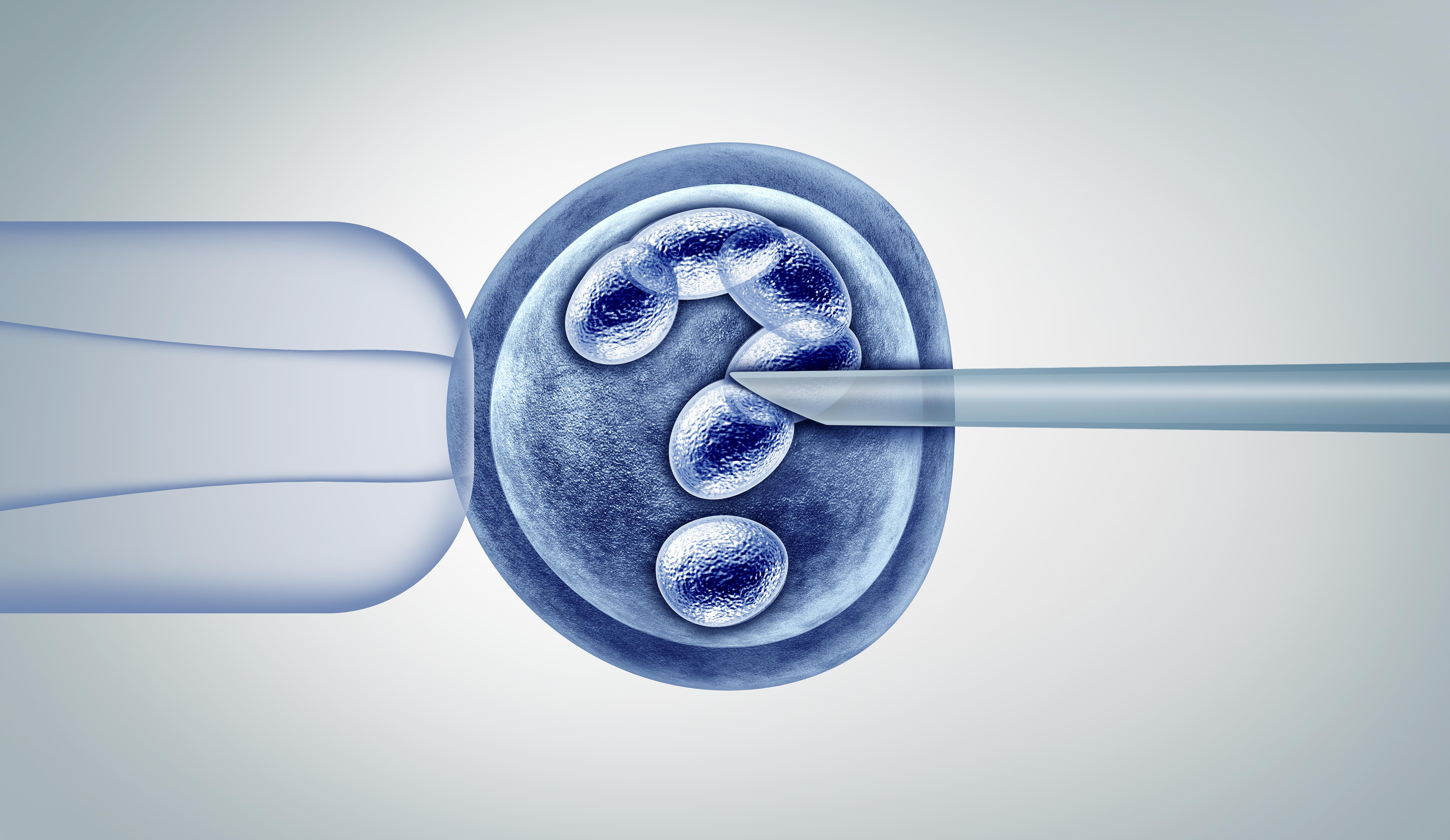 A first-of-its-kind workshop titled “Defining Abuse in Assisted Reproductive Technology (ART)” took place on the leafy campus of Kings College London during the summer of 2019. The workshop goal was to address how professionals and the public can use the concept of abuse to question, critique, and understand the worst excesses of the rapidly expanding assisted reproduction industry and the related harms caused to women and children. The event came on the heels of a larger research project by Susan Bewley, an Emeritus Professor of Complex Obstetrics and Women's Health at Kings College London and Nathan Hodson, then a recent graduate of medical school and an honorary fellow at the University of Leicester. Bewley, familiar with my decade-plus research and writing about troubling industry practices and patient trauma, invited me to speak and participate.

A former infertility patient, I’ve long been committed to bringing about greater industry transparency, improved patient care, and more longitudinal health studies. It’s been an uphill volunteer grassroots battle as there has been no formalized constituency here in the US (or abroad) calling for industry reforms, consumer protections, or independent oversight.

The potential to meet with like-minded peers convinced me to clear my calendar and fly from the west coast of the US to the UK. As I prepared for the workshop, I learned that Kings College London is ranked among the top 25 universities in the world. It is also the alma mater of Patrick Steptoe, an obstetrician and gynecologist best known (along with Robert Edwards and Jean Purdy) for research and experimentation on in vitro fertilization (IVF). Their efforts led to the birth of Louise Joy Brown in England 41 years ago. The first IVF birth in the US took place in December 1981.

Hidden from the sanitized version of IVF history is the fact that at least 282 women contributed to its development—enduring 495 cycles of failed treatment. The women's grueling and significant role in this chapter of medical history was notably absent from the industry-led 40th-anniversary celebrations in 2018. The women, Bewley noted over a pre-workshop lunch, have never been thanked or memorialized.

The IVF industry has never owned up to the sacrifices and setbacks that mark its history; this whitewashing set the stage for widespread neglect. Demand for services by would-be parents also paved the way for silencing or ignoring critics and skeptics. The pro-industry bias, still evident today in media coverage, disproportionately features ART-related achievements and potential. Rarely heard are the stories of patients traumatized by failed IVF cycles, ensuing health complications, or other abuses. It’s only when there are catastrophic clinic failures, such as the equipment malfunction destroying frozen embryos and eggs, that questions arise about the IVF industry’s ability to adequately ‘self-police.’ The US ART industry has long lobbied against external oversight or tougher regulatory efforts. The UK has the Human Fertilisation and Embryology Authority (HFEA) in place to license and provide guidelines for clinics, but their latest report shows an increase in adverse events, patient complaints, and issues with various forms of clinic non-compliance.

Bewley was among the first to write about adverse outcomes. She’s been a thorn in the side of the industry since, never shying away from tackling different forms of abuse. The BMJ (formerly known as the British Medical Journal) gave her a Speaking Truth to Power award in 2015.

Bewley and Hodson initially collaborated in 2018; they produced the first systematic qualitative review of publications, which allowed them to determine the full spectrum of abuse patients can experience when using assisted reproductive technologies. Their research, encompassing five continents and spanning 40 years, led to a paper published May 31, 2019, by the European Journal of Obstetrics & Gynecology and Reproductive Biology.

In their research and at the workshop, Bewley and Hodson noted that since 1978, many people experiencing unwanted infertility have been helped by ART procedures. However, the great power disparity between doctors and their often-desperate patients had clearly created a heightened risk of exploitation or mistreatment.

While conducting their research, they were surprised to discover a marked reluctance to use the term abuse. This observation compelled Bewley and Hodson to plan the workshop; they wanted an opportunity to delve further into the causes of the abuse and explore why it's so infrequently labeled as such. They assembled a multidisciplinary team with backgrounds in medicine, science, biostatistics, philosophy, advocacy, law, research, chaplaincy, and the social sciences, as well as people with the lived experience of infertility. The Institute of Medical Ethics agreed to fund the workshop.

We came together on a warm, sunny June day. For me, it was unnerving to stand in front of a room and talk about the patient experience, even with a friendly audience and even more than a decade since my last IVF cycle. You see, I once bought into the IVF industry’s sales-pitch promise of a “cure” for medical and social infertility. With confidence stoked by miracle success stories and clinic hallways and websites festooned with baby photos, my husband and I had arrived with hopeful expectations to several consultations and clinics.

IVF-induced losses and the trauma that surround them have long been a taboo topic, I explained in my remarks. As a result, patients are unprepared for the heartache and suffering that awaits. For several weeks following the transfer of an embryo or a blastocyst to the womb, a woman’s body tangibly changes. Breasts swell, hormone levels elevate (often with the help of prescribed medications), and the mind leaps ahead nine months with expectant ideas about childbirth and what comes next. IVF clinics offer a ‘beta’ pregnancy test to determine development stage.

Women who experienced IVF ‘alpha’ pregnancy loss (as I did) often feel the visceral emotional intensity of a miscarriage, as well as some of the physical changes. Many report untreated PTSD symptoms. Baby clothes, purchased in anticipation, remain wrapped in boxes for years. Ultrasound photos of embryos and blastocysts, routinely provided by IVF clinics, sit alongside notes for future family plans. I still have my embryo photos tucked inside my journals from that period of my life. Hoped-for due dates are forever engraved and pass each year with quiet observance.

IVF ‘alpha’ pregnancy losses occur daily. We don’t hear about them because, unlike success stories, clinics don't publicize them. Couples in treatment usually suffer heartbreaking consequences without acknowledgment. IVF clinics, accustomed to the mechanics of cycles (drug protocols, routine blood testing, ultrasounds) and the clinical language of IVF, are often indifferent to the immensity of IVF-related losses. I once witnessed a woman go into an emotional meltdown in a clinic waiting room when an inattentive staff member inquired as to the reason for her visit. (There was no appointment on the schedule.) She wept and wailed plaintively, “I lost my baby. I miscarried.”

The entire clinic fell silent before a nurse rushed in to move the distraught woman to an exam room. Sales pitches and treatment prep discussions almost never prepare patients for the very real parenting bonds and expectations they develop during IVF. There is no aftercare, just another check on your finances or a transactional conversation about when your next cycle begins.

The failure of aftercare is one of the three main category classifications Bewley and Hodson called out from their research at the workshop. The other two categories involved exploitation and excessive intervention. Their research turned up examples of hormonal experimentation, dishonesty about implications of sperm donation, poor-quality research, financial abuse, unethical research and fraud, over-promising about results, loss of contact with people whose embryos are in storage, and failure to collect data on research participants.

In the 40-plus years since the first live birth from an IVF procedure, a global, multi-billion-dollar industry has boomed. Market researchers project revenues to be as large as $36 billion by 2026. But the perilous treatment environments would-be parents routinely encounter remain largely unreported, and dubious IVF-related reproductive health claims abound. More than a few specious claims and potential harms come from entrepreneurial specialists as well as from large clinics. In my presentation, I included slides from my work in the tech and venture capital industry that showed how enterprising startups saw profit potential in ‘femtech’ and fertility-related business models. I also presented testimony from former patients to show that abuse is not isolated to the US; it occurs around the world.

The workshop also included lessons on the history of abuse and human rights in medical contexts from barrister Tracey Elliot. Social and political scientist Mark Marchant joined her and provided definitions and measures of abuse. Hodson, who brings qualifications in medical law and ethics as well as an interest in the history of medicine, noted that he is particularly alert to questions of posterity. The public, he said, deserves to know answers to these questions: “How did they treat each other this way? Didn’t they know people were being hurt?”

Leaders in HIV research (Alice Welbourn of the Salamander Trust), psychiatry (Neil Margerison), and chaplaincy (Peter Haughton) provided tangible examples of how the idea of abuse informs their work. Discussions flowed from presentations by University of Oslo Professor Anna Smadjor, co-author of From IVF to Immortality: Controversy in the Era of Reproductive Technology, and other former IVF patients including Katy Lindemann. Former patients described being duped by clinic narratives and websites. “The doctors get the credit when it works, but you are left alone when it doesn’t work,” said one woman who received no IVF aftercare. Others reported being pitched questionable ‘add-on’ procedures—including assisted hatching, endometrial scratching, and embryo glue—that they later learned had not been scientifically validated.

Advances in ART disproportionately focus on organs, tissues, gametes, and genetics; noticeably absent from the equation are the child-hopeful people who put their faith—and their bodies—in the hands of the industry. Workshop participants agreed that practitioners dispensing ART must strive for more humane treatment and improved monitoring of abuse. They also called for a more rigorous public health approach to infertility and education around ART abuse potential.

All participants acknowledged the difficulty of taking on a well-funded, lightly regulated IVF industry that has grown adept at carefully curating the narrative surrounding it. In the weeks since the workshop, an online working group continues to share findings, raise awareness, and push for constructive change. What might change look like? Certainly, it would include much greater transparency about how the industry operates, truth in advertising about procedures and add-ons, a clearinghouse to illuminate conflicts of interests, and new consumer protections for patients. There’s much more, but the first step is acknowledging that abuse occurs.

Pamela Mahoney Tsigdinos is an award-winning author internationally recognized for her writing on the limitations of reproductive medicine and the personal and social impacts that accompany fertility challenges.