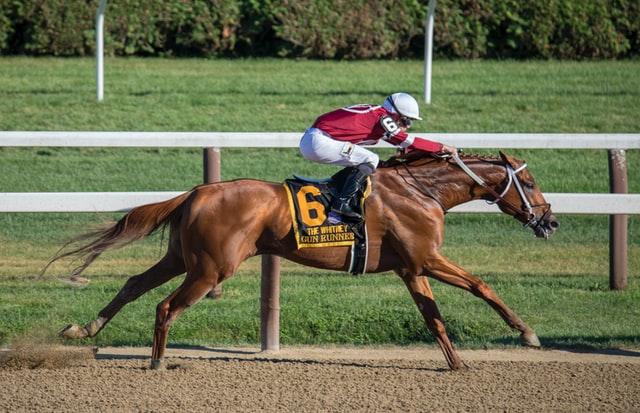 Photo by Keith Luke on Unsplash

On the campaign trail last week in Minnesota, Donald Trump reached into his well-worn bag of divisive tricks and pulled out a piece of rehashed eugenics in the guise of a compliment:

This was not a one-off rant, but the latest in a string of pronouncements that echo the eugenics playbook. Back at a 2016 rally, Trump mused:

I always said that winning is somewhat, maybe, innate. Maybe it’s just something you have; you have the winning gene. Frankly it would be wonderful if you could develop it, but I’m not so sure you can. You know I’m proud to have that German blood, there’s no question about it. Great stuff.

Why should we care that Trump repeatedly holds forth with such absurdities? It should surprise no one that Trump’s genetic musings have no basis in scientific fact, and a long heritage in racism.

Trump’s recent statements matter because like his inaccurate claims about immigrants’ criminality and about herd immunity as a good approach to the Covid-19 epidemic, these statements are part of a broader conceptual architecture. They resonate deeply with the eugenic belief that some people and groups are “fit,” while others are “unfit” – unworthy of being included, of having children, of living.

Trump’s well-documented proclivity to see “good genes” (his own most prominently) as determinative of social standing conveniently explains inequality as a natural phenomenon rather than a product of discriminatory political decisions and social structures. Praising the “good genes” of his supporters at a rally in Bemidji, a town of 12,000 in northern Minnesota not far from the headwaters of the Mississippi, Trump is clearly referring to the stereotypical Minnesotan of Scandinavian descent – the Norwegian bachelor farmers of “A Prairie Home Companion” and their families. He is signaling to his supporters that they belong among the fit, the superior, the winners.

He is most decidedly not speaking about – or to – Minnesotans like George Floyd or Ilhan Omar, who are certainly not among the favored. Indeed, at one point Trump asked the crowd, “Are you having a good time with your refugees?” In response someone shouted “Omar!” and Trump continued, “Omar, that’s a beauty. How the hell did she win an election?”

Disturbingly, Trump’s invocations of good genes (or literally “eugenics”) are part of a broader stream of discredited notions that are currently coursing through the body politic. These ideas can be found not only on the far right, but also in some mainstream venues, such as medical studies that seek genetic explanations for racial disparities in Covid-19 morbidity and mortality when myriad social, economic and political causes are staring us in the face. In that context, recommendations to build herd immunity in the absence of a vaccine in fact amount to calls to cull the weak and vulnerable so that the strong can thrive.

The focus on “good genes” is also of a piece with the recent allegations of involuntary hysterectomies of immigrant women in a Georgia ICE facility. These heinous acts, in turn, recall the coerced sterilization of some 60,000 U.S. citizens under state eugenic laws that were adopted early in the twentieth century. Even after the eugenic sterilization laws were repealed (some not until the late 1970s), the abuses continued. Between 2006 and 2010, for example, at least 148 women prisoners in California were involuntarily sterilized.

Then and now, those targeted for sterilization are people whose bodies are not valued.  In Trump’s dehumanizing routine, they are the “Mexican rapists” coming in caravans to overrun our borders, or the Muslims who must be banned from our country altogether, or the people from “shithole countries.”

When Trump talks about his own and his supporters’ good genes, he is not just offering a compliment. He is encouraging his followers to see certain others as having bad genes, or perhaps as “polluting” our body politic. He is reinforcing the dangerous and discredited idea that some people are simply born better, while others are fated to inferiority. This insidious idea has provided the foundation for some of the most unjust, repressive, and inhumane regimes in human history.

This is why it matters.

Jonathan D. Kahn is Professor of Law and Biology at Northeastern University School of Law; Marcy Darnovsky is Executive Director of the Center for Genetics and Society; Jonathan M. Marks is Professor of Anthropology at the University of North Carolina at Charlotte.