No One Should Own Our Genes 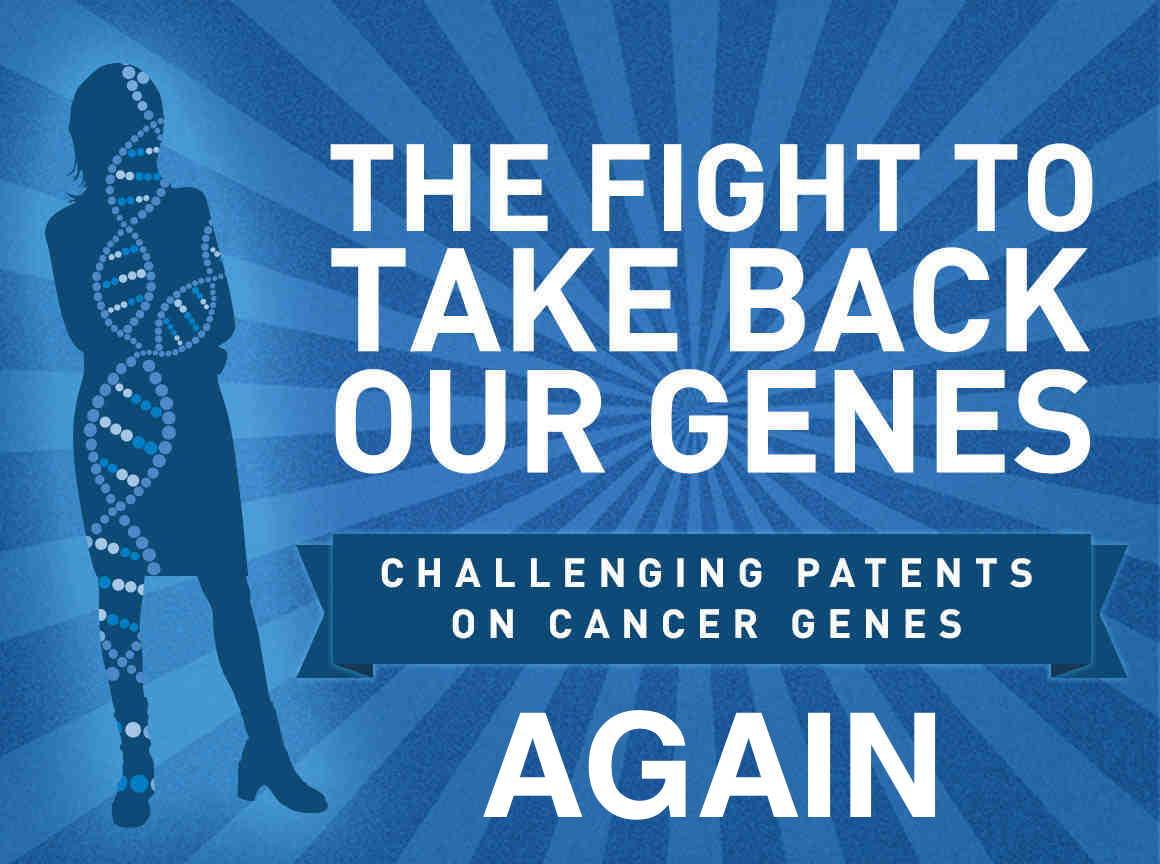 Six years ago, the question of who, if anyone, could patent a human gene was (we thought) settled by the Supreme Court in what is known as the Myriad decision. Their answer was, no one: human genes may not be patented because a “naturally occurring DNA segment is a product of nature and not patent eligible.”

Unfortunately, a small but influential coalition in Congress is trying hard to overturn that decision.

A key part of the 2013 Supreme Court ruling was to reaffirm the long-held understanding that “Laws of nature, natural phenomena, and abstract ideas are not patentable.” But the legislation now proposed, which would rewrite Section 101 of the Patent Act, includes:

No implicit or other judicially created exceptions to subject matter eligibility, including “abstract ideas,” “laws of nature,” or “natural phenomena,” shall be used to determine patent eligibility under section 101, and all cases establishing or interpreting those exceptions to eligibility are hereby abrogated.

This language is aimed directly at Myriad.

The original Court decision was unanimous, and seven of the Justices who heard the Myriad case remain on the bench. It is likely, however, that if this bill were to be passed and signed into law, a majority would defer to such clear Congressional intent.

In other words, gene patents are under discussion again.

There is also major push-back brewing to any such proposed change, led by the ACLU (which, along with Public Patent Foundation, was a key opponent of gene patents during the years leading up to the 2013 decision). A letter of opposition has already been signed by at least 170 organizations, including the American College of Medical Genetics (ACMG) and many other professional societies as well as numerous organizations that represent the interests of patients.

Assembling that coalition was presumably not difficult and it is likely to grow. The original case moved slowly (ACMG has been on record against human gene patents since 1999) and attracted over 50 Amicus Briefs, including two filed by the Center for Genetics and Society and several of our allies. Plaintiffs included several women's health organizations, among them Our Bodies Ourselves and Breast Cancer Action.

Almost all of these statements and briefs opposed such patents, including several from important scientists such as Eric Lander and James Watson who, while they disagree on the merits of human germline intervention, are firmly aligned on this issue.

Who supports patents? Those who testified to the Senate Subcommittee on June 5, 2019, included representatives of:

Only the ACLU was not looking to profit from patents.

For more information on the Myriad case, see the Biopolitical Times descriptions of reactions to the decision (1, 2, 3) and links therein. For an acute summary of the current position, see the ACLU, “Who Controls Our Genes? Congress Is Deciding Right Now and It Could Harm Our Health.” They conclude:

As we said in Myriad, we will say it again: products of nature, laws of nature, and abstract ideas should not be granted as intellectual property to anyone. Members of Congress should oppose this draft legislation and any effort to rewrite the law that would harm patient health care, access to diagnostics and treatment, or scientific research.

The genetic data will be added to an FBI database for violent criminals.
Genomics

Two sisters, their mother and aunts showed a mutation on a BRCA gene and an elevated risk of breast and ovarian cancer.
Genomics