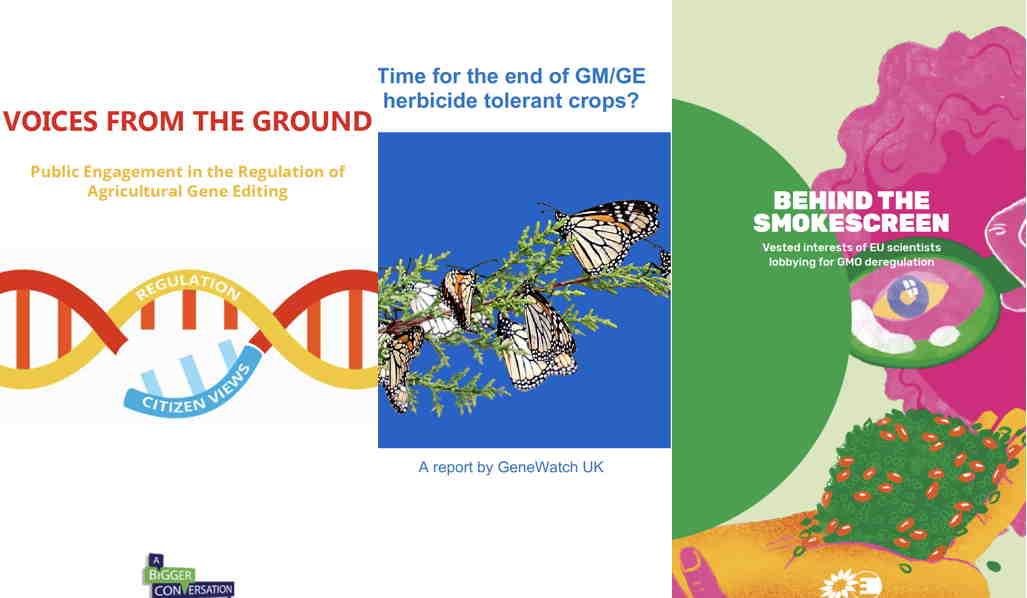 The first focuses on how we can find common ground to develop appropriate and democratically legitimate regulations. That process must clearly include discovering what exactly people want, but that is no simple question and is only part of what is required to bring all sides together to formulate policy. That insight led Pat Thomas and Lawrence Woodward to establish Beyond GM in 2014 as a UK-based effort with a wider focus to take the discussion beyond academia and “into a real world context of social, ethical, environmental and citizen concerns.” As part of their work, they organized the A Bigger Conversation initiative, which on September 26 released a 23-page report titled:

Although its focus is on agricultural issues, Voices from the Ground is relevant to the regulation of human applications of genetic technologies, both in the UK and elsewhere. Specifically, the authors address in detail the need for effective engagement of public opinion in the formation of policy and the all-too-common failures of national and international political systems to respond. They briefly but effectively explain and reject the “deficit model” that has largely defined the most common approach to public engagement:

This was largely based on the premise that if people are more knowledgeable about a particular scientific development, they will be more receptive to it as well.

There are, however, some signs that such attitudes may be changing, at least in some places on some issues. The report cites Norway, where the Scientific Committee for Food Safety did conclude that GM maize was safe but after years of consultation the Norwegian Biotechnology Advisory Board “advised the government to refuse its approval due to overriding issues related to lack of societal benefit, ethical acceptability and sustainable development.” Finally, in 2017, the government agreed. The new report’s authors conclude that:

What we can take from Norway is that narrow risk parameters are not adequate for assessing genetically engineered organisms and that this need for wider assessment should be codified into law.

GeneWatch UK, active since the 1990s investigates “how genetic science and technologies will impact on our food, health, agriculture, environment and society.” The organization issued a 272-page report in August that weighs in, substantially and scientifically, to the discussion about crops that have been genetically engineered so they can be blanket-sprayed with herbicides, with the aim of killing weeds while the crop still grows:

Time for the end of GM/GE herbicide tolerant crops?

The link is to the full pdf, which includes 76 pages of references; there is also a lower-resolution version (4.3 MB) and an Executive Summary, which notes that the report aims to review more than 25 years of experience with this technology, assessing its economic, environmental and social impacts. An even shorter digest can be found at GMWatch, another UK-based non-profit, which “highly recommends this report as a comprehensive and thoroughly referenced resource” and features a key summary sentence:

GMWatch itself, which dates back to 1998,  “provides the public with the latest news and comment on genetically modified (GMO) foods and crops and their associated pesticides,” partly through an informative free digest of news items that appears several times a week, with a monthly review. Its co-director Claire Robinson has written a thoroughly referenced 60-page report for The Greens/EFA European Union parliamentary group, titled:

Behind the Smokescreen: Vested interests of EU scientists lobbying for GMO deregulation.

Released this past September, the report is accompanied by on-line Annexes on Lobbying Arguments, rebutting various common claims, and on “the facts, players and positions in the EU debate on the regulation of GMOs.”

Overall, more engagement is badly needed, all round the world – more listening on all sides, more factual analysis, more openness as well as attempts at persuasion. Taken together, these three reports point towards a constructive direction for developing the regulation of novel technologies.