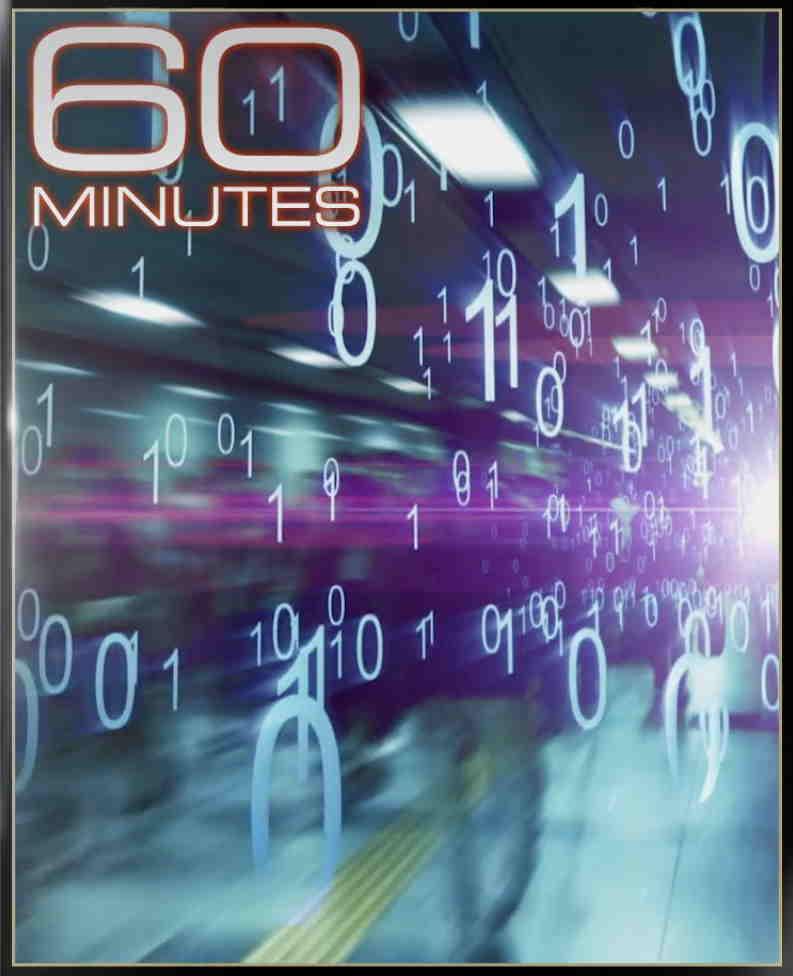 On Sunday, January 31, 60 Minutes featured DNA databases and China — together and separately — in fine, bombastic style. The flavor of the program is typified in the introduction to the second of its three main segments:

The quest to control our biodata – and, in turn, control health care’s future – has become the new space race, with more than national pride in the balance.

The first segment, however, focused on families broken apart by Covid. That theme was tenuously connected to part two, “China’s push to control Americans’ health care future,” because BGI, the Chinese biotech mega-conglomerate, tried to sell Washington State a great deal on Covid tests in March, 2020.

Why is this relevant? According to 60 Minutes, because the dastardly Communists are trying to steal American genetic information. “Data is absolutely gonna be the new oil,” Edward You, a former biochemist turned FBI investigator, tells reporter Jon Wertheim of CBS. “There’s no such thing as a private company in the Communist Party of China,” explains Bill Evanina, who “recently stepped down as the top counterintelligence official in the U.S., a veteran of both the FBI and CIA.” This leads eventually to this exchange:

Wertheim: What’s the likelihood you and I have been hacked by China?
Evanina: 110%.
Wertheim: Personal data?
Evanina: Personal data. Current estimates are that 80% of American adults have had all of their personally identifiable information stolen by the Communist Party of China.

Worrying, no? Well, despite the overcooked rhetoric, yes, it is. The Chinese government regularly ignores the human rights of its own citizens when they dissent publicly. And its military-industrial complex is notorious for its racist and eugenic approach to China’s minority populations, including the Tibetans and especially the Uighers.

The technology transfers, and associated possibilities of data issues, can in fact go both ways. For DNA collection and analysis, China has used American technology, including equipment made by Thermo Fisher. The company piously claimed in 2019 that they would no longer sell equipment in Xinjiang, in China's far west, where many abuses have been reported, but according to its website, “Thermo Fisher China continues to thrive.” They may, however, be facing competition. Just the day before this edition of 60 Minutes aired, Reuters published a deep dive into BGI, headlined:

The threats to American privacy and U.S. security are real. But misuses of genetic data are also potential dangers at home, and that’s the focus of 60 Minutes’ part three, “Companies and foreign countries vying for your DNA.” An interview with Lisa Ikemoto, billed as a “UC-Davis professor of law [who] specializes in bioethics,” is cross-cut with a separate interview with “CEO and founder of 23andMe” Anne Wojcicki. (We should note — in fact boast — that Lisa is a CGS Fellow.)

Wojcicki comes across as slick but sincere. She insists that the company’s privacy protections are excellent, touts the medical potential of crowdsourcing genetic data, and asserts that 80% of their customers opt in to allowing their data to be used for research. But the viewer may well come away with the impression that she sincerely wants to become very rich — the program did include mention of the strongly rumored public offering that would value her company at $4 billion.

Wertheim pushed Wojcicki gently but firmly, while allowing Ikemoto to provide a counter-balance:

Wertheim: This message of trust us, what’s your response to that?
Ikemoto: Given 30 years of research, I’m not willing to give my trust to the biotech industry. I think it’s probably true that the researchers who do this work have the best intentions, in most cases. But that doesn’t mean that I can’t be exploited in the process.

As broadcast, at least, Ikemoto did not comment on the episode’s portrayal of China. She did, however, express considerable skepticism about pro forma privacy forms such as those used by 23andMe and, specifically, AncestryDNA (“I think you’re giving up all rights”). She was also concerned about the commercial exploitation of private DNA databases:

They might produce something very useful. In that sense, it’s good. It means that 23andMe and GlaxoSmithKline will make a huge amount of money. The people who provided all the cells and tissues or DNA that’s being used will make none. They’ll probably be charged a lot of money (LAUGH) for the drugs if they ever need them.

Incidentally, there is a much shorter version of this segment that is also online, “The risks and rewards of at-home genealogy testing,” which features Wojcicki but not Ikemoto. But the segment that was aired ended ominously with “the Chinese threat to U.S. biotech,” which Wojcicki cites as a reason for the U.S. government to increase spending on genetic research.

60 Minutes was the most-watched program on Sunday night, according to Variety, and it may have been educational to the mass audience, if 9 million viewers really counts as “mass” these days. But its over-emphasis on what a previous generation called the Red Menace serves to distract us from dangers closer to home and much more within our powers to address. Fortunately, there are already calls for the Biden Administration to “make genetic data privacy a top priority.”

Should we edit human embryos' genomes, and if so then how?

I recently received a thoughtful letter from a college student I do not know – I'll call her Claudia* – who took the time to reach out to me with her perspective on heritable genome editing in embryos. The...

As more people turn to in vitro fertilization for help with conceiving, a host of companies is capitalizing on the opportunity by offering screening services that allow hopeful parents to select embryos least likely to result in a baby with...

The popularity of genomics tests sold directly to consumers has increased in recent years, with products focusing on ancestry, health outcomes and genetic traits. Today, the Science and Technology Committee publishes its Direct-to-consumer genomic testing Report, urging policymakers to seize...