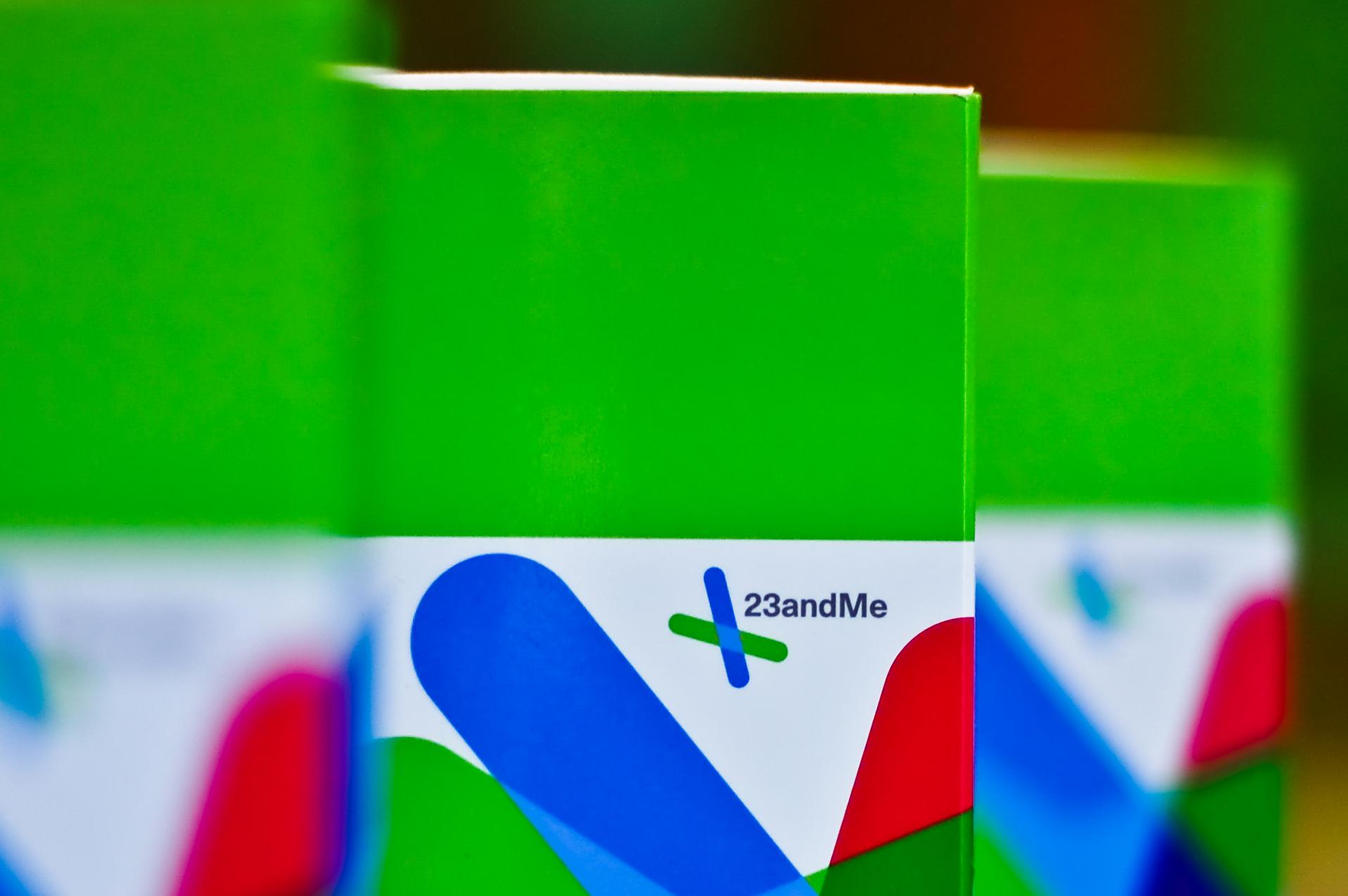 23andMe is getting a re-start of sorts. The company that put direct-to-consumer (DTC) genetic testing on the map hit a major speed bump when the FDA in late 2013 asserted its control over DTC tests and warned the company to stop marketing them.

The FDA was understandably irritated because 23andMe, apparently in a fit of arrogance, had essentially stopped communicating with the agency about a series of problems with the evidence base for and utility of the product. The government’s biggest concern was that unproven tests for disease risks might lead poorly informed customers to “self-manage their treatments through dose changes or even abandon certain therapies.” In other words, customers might mismanage their own healthcare and hurt themselves.

After the slap-down, the company resumed negotiating with the government. It not only stayed in business but in 2015 struck multi-million dollar deals to provide their customers’ genetic data to Big Pharma and Big Biotech companies, raised $115 million in additional venture capital, and began selling “carrier” tests, for people concerned about passing recessive genes on to their children, as well as “ancestry” tests.

Finally, on April 6, the FDA gave 23andMe permission to sell DTC tests for 10 disease risks, including Parkinson’s, Alzheimer’s and celiac disease (“a disorder resulting in the inability to digest gluten”). There are hints that a few more will follow. That leaves the company with more than 200 tests that it used to sell still unapproved, and it does very little to answer questions about the value — to the consumer — of what the company is selling.

Indeed, the FDA included caveats even at the top of its press statement. Here is the second paragraph, in full:

“Consumers can now have direct access to certain genetic risk information,” said Jeffrey Shuren, M.D., director of the FDA’s Center for Devices and Radiological Health. “But it is important that people understand that genetic risk is just one piece of the bigger puzzle, it does not mean they will or won’t ultimately develop a disease.”

Moreover, 23andMe admits as much, in the fine print. Here’s a relevant footnote, again in full:

*Our tests can be used to determine carrier status in adults from saliva collected using an FDA-cleared collection device (Oragene·DX model OGD-500.001), but cannot determine if you have two copies of the genetic variant. Each test is most relevant for people of certain ethnicities. The tests are not intended to diagnose a disease, or tell you anything about your risk for developing a disease in the future. On their own, carrier status tests are not intended to tell you anything about the health of your fetus, or your newborn child's risk of developing a particular disease later in life.

Another example: The company’s “sample report” for carrier status in regard to cystic fibrosis includes, right up top, with the second line about half the type size of the first:

Jamie, you do not have the variants we tested.

You could still have a variant not covered by this test.

Many health professionals are critical. The American College of Medical Genetics and Genomics (ACMG) says that the FDA’s move “has significantly changed the landscape of genetic testing.” The ACMG strongly recommends that medical professionals should always interpret genetic results, and disagrees with the FDA about at least some of their decisions. One of these is the okay to test for an allele that is thought to confer significantly elevated risk for dementia. ACMG’s position, as summarized by GenomeWeb:

For example, the late-onset Alzheimer’s risk allele APOE4 “is neither necessary nor sufficient to cause AD,” and there’s no way to prevent or really mitigate the risk conferred by the marker.

In fact, the same is, or may be, true for many other conditions. Moreover, there have been several instances where different companies have tested the same patient and offered quite different assessments. One series was conducted by the U.S. Government Accountability Office: “One donor was told that he was at below-average, average, and above-average risk for prostate cancer and hypertension.” Another by Craig Venter and colleagues: “For seven diseases, 50% or less of the predictions of two companies agreed across five individuals.” Back in 2008, the author David Ewing Duncan “was told by three companies — Navigenics, 23andme, and deCODE genetics — that my genetic risk for heart attack was high, medium, and low.”

Perhaps the tests have improved, though a recent article in Genetics in Medicine raises serious doubts. But even if they are accurate, interpretation remains an important and tricky process. In the case of celiac disease, for instance, roughly 1% of the population is affected. There are a variety of possible tests, one type of which is genetic, according to the NIH. The genetic tests rely on the fact that 95% of patients have one or both of two specific alleles, or genetic variants. The NIH page continues:

However, these alleles are found in about 30 to 35 percent of Caucasians, and most people with the variants do not develop celiac disease.

In other words, if you are Caucasian and test positive, you are probably negative. But there is a highly accurate serologic — not genetic — test for the disease. So, as epidemiologist Jay Kaufman has put it: why would anyone want to know the results of a bad test when a good one is available?

Meanwhile, we can make a pretty good guess as to why the company is interested in selling the celiac test. Interest in gluten sensitivity — and thus celiac disease — is huge and rising. Gluten-free foods have soared in popularity over the last few years; the rate of increase has slowed a bit, but still sales are expected to quadruple over the course of this decade. So, sure, celiac disease is up there with Parkinson’s and Alzheimer’s in the sales pitch.

But the real business of 23andMe is and always has been mostly about re-selling the genetic data they collect, anonymize, and aggregate, for research. They have perhaps as many as 2 million customers on file, so the database is extraordinarily large. The website has a whole page explaining “Research Consent” in excruciating detail. (How long how many customers spend on that page would be intriguing data.) Much more attractive is the “Research Participation” page, linked from “How It Works”:

Be part of something bigger.

You can make a difference by participating in a new kind of research—online, from anywhere.

As a customer, you can answer online survey questions, which researchers can link to your genetic data to study topics from ancestry to traits to disease. Your contribution helps drive scientific discoveries.

The page cites the company’s collaborations with four major universities, five corporations and four prominent disease-related non-profits, as well as the database’s compatibility with Apple’s ResearchKit app. “Accelerate research,” it urges the reader. “Make an impact.”

This is now fairly widely accepted as the company’s business model. For instance, Matthew Herper in Forbes last week quoted Hank Greely, the Stanford guru of law and bioscience:

“It has long seemed to me that 23andMe’s business model is more about selling its data than selling its tests,” Greely says. “And I wonder if the customers really understand that.”

The consumer genetic-testing startup has amassed one of the world’s largest databases of DNA. Now it is sifting through it for clues to new drugs.

But the earliest reference to 23andMe selling on data seems to be on this very blog, in 2007, in a post presciently titled “Googling Your Genes?” by UC Berkeley professor and CGS Senior Fellow Osagie K. Obasogie:

It seems likely that what Google did to the internet — making previously disperse and obscure information widely available to the public — is what 23andMe might want to do with genetic information, both mine and yours.

Former CGS staffer Jesse Reynolds developed the concept in March 2008, also citing a Special Report on Human Genomics by the ETC Group. In July 2009, Reynolds noted the company’s launch of the low-priced ($100) “23andMe Research Edition” which at the time did not allow customers to opt out. Now they can choose, and apparently about 80% do participate.

There remains plenty to criticize about the genome-wide association studies that Big Data make possible. But setting that aside, there is even more reason to suspect that direct-to-consumer genetic testing is unlikely to be truly useful to consumers. The data is questionable, as discussed above for celiac disease. And then there’s the issue of whether people will actually use the information that’s reported, even if it is reliable. Michael Joyner of the Mayo Clinic reviewed the evidence at Health News Review, and concluded (links in original):

It turns out that for many common chronic diseases, body weight, BMI or waist circumference are more predictive of future risk than a gene score.

This information is free, easy to obtain and actionable. Unfortunately, it is also increasingly ignored. So my question to Ms. Wojcicki and the other enthusiasts: Do they really expect gene scores to succeed where bathroom scale scores have failed?

The enthusiasts are unlikely to endorse this skepticism, but though well-founded, it misses a key point. The customers of 23andMe who matter are not the million-plus people who sent in their spit: They are just the raw material. The real customers are, for instance, Genentech and Pfizer, and anyone else willing to pay to exploit the company’s growing database of genetic information.

23andMe sells sizzle to people, and steak to other businesses.