A Woman Gave Birth From an Embryo Frozen for 24 Years 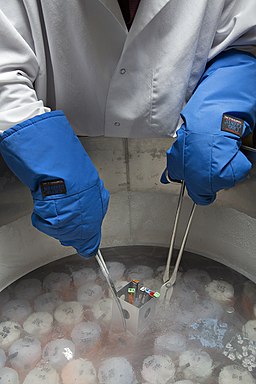 Emma Wren Gibson, frozen as an embryo in 1992, was born a few days after Thanksgiving in 2017, more than 25 years later. It’s the longest an embryo is known to have been frozen before being born as baby.

In fact, the embryo that became Emma is only a year younger than the woman who gave birth to her, Tina Gibson. “This embryo and I could have been best friends,” Gibson, now 26, told CNN. Tina and her husband “adopted” the frozen embryo after learning he was likely infertile. It came from an anonymous couple who went through in vitro fertilization (where sperm and egg are united in a lab) and donated their remaining frozen embryos, which have remained suspended in time for more than two decades.

Today, IVF and the cryopreservation of resulting embryos are so commonplace that it’s easy to overlook how disruptive the process once seemed. “All hell will break loose, politically and morally, all over the world,” James Watson once said about IVF. Others warned of the slippery slope to surrogate pregnancies, designer babies... see more