By Erin McCormick, The Guardian | 07. 19. 2021
A new reparations program will compensate survivors of prison system sterilizations and the 20th century eugenics campaign 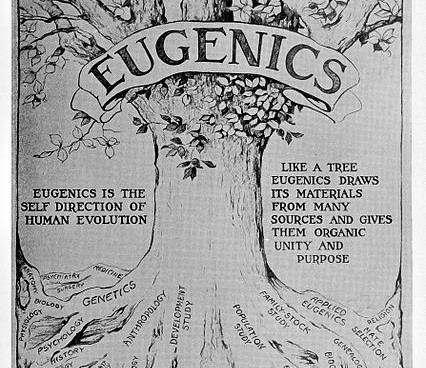 In 2001, at the age of 24, she became one of the most recent victims in a history of forced sterilizations in California that stretches back to 1909 and served as an inspiration for Nazi Germany’s eugenics program.

But now, under new provisions signed into California’s budget this week, the state will offer reparations for the thousands of people who were sterilized in California institutions, without adequate consent, often because they were deemed “criminal”, “feeble-minded” or “deviant”.

The program will be the first in the nation to provide compensation to modern-day survivors of prison system sterilizations, like Dillon, whose attorney obtained medical records to show that, while she was an inmate in the Central California women’s facility in Chowchilla, surgeons had removed her ovaries during what was supposed to be an operation to take a biopsy and remove a cyst.

The investigations sparked by her case, which is... see more

This time the focus is on the victims of the state’s participation in the national Eugenics movement which resulted...

Stem cell agency: Following the money — and its performance

One year ago this month, a $5.5 billion wave washed over California’s ambitious stem cell agency and left it refreshed and renewed for another decade or so of searching for “miraculous” treatments for a host of deadly, incurable afflictions.

One hundred years ago, the Second International Congress of Eugenics was held from September 22-28, 1921, at the American Museum of Natural History (AMNH) in New York City. The assembly opened to enthusiastic fanfare and positive media attention. Alexander Graham...