Sickle Cell Math Is Brutally Simple, but Not Widely Taught 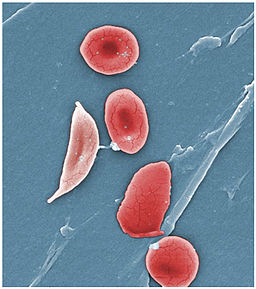 No doctor ever counseled Lametra Scott and her husband, Rickey Buggs, to get a simple blood test that would have warned them they each carried a mutated gene that — if inherited from both — would cause sickle cell disease in their baby.

It was only after a routine blood test around week 16 of her pregnancy that she learned she had the gene. Mr. Buggs, honorably discharged from the Marines around the same time, was informed upon leaving that he, too, was a carrier.

They went forward with the pregnancy, hoping their baby would be spared, but luck was not with them. Rickey, his father’s namesake, was born with sickle cell, a blood disorder that would cause him searing pain throughout a life likely to be cut short by the disease.

“At that moment, my life changed forever,” said Dr. Scott, 40, a pharmacist in Nashville who is director of pharmacy for the Tennessee Department of Correction.