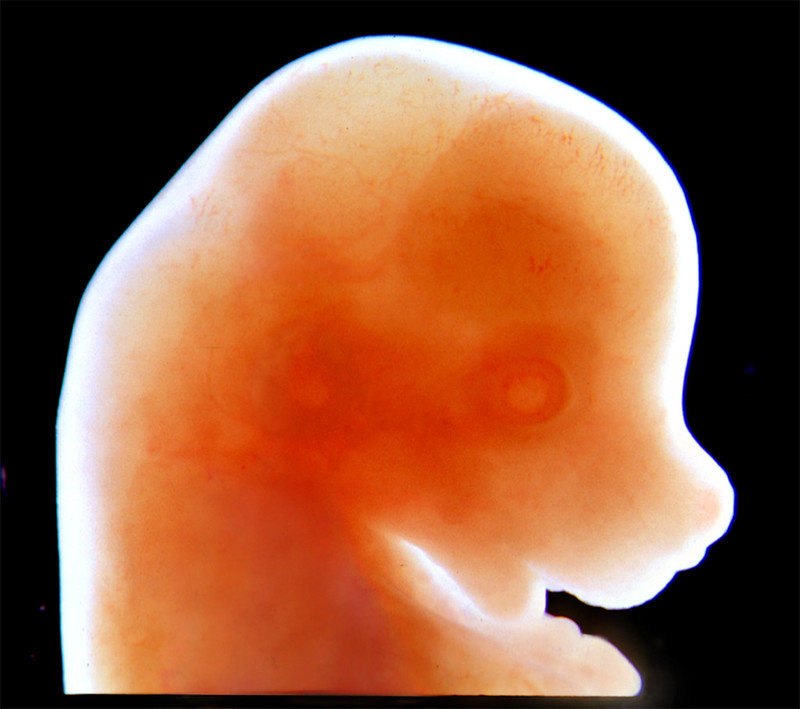 "Craniofacial region of mouse embryo" by National Institutes
of Health (NIH) is licensed under CC BY-NC 2.0.

While other researchers had created mouse embryos from stem cells, none had reached the point where the entire brain, including the anterior portion at the front, began to develop, according to the researchers from the University of Cambridge and the California Institute of Technology.

The findings, described in a paper in Nature today, could help scientists learn more about how human embryos develop and provide insights into diseases, as well as providing an alternative to animals for testing.

The new model embryos, which bypass the need for sperm or egg cells, were developed in the lab alongside natural mouse embryos. They mirrored the same stages of development up to eight and a half days after fertilization, developing beating hearts and other foundations of organs, including the neural tubes that eventually turn into the brain and spinal cord.