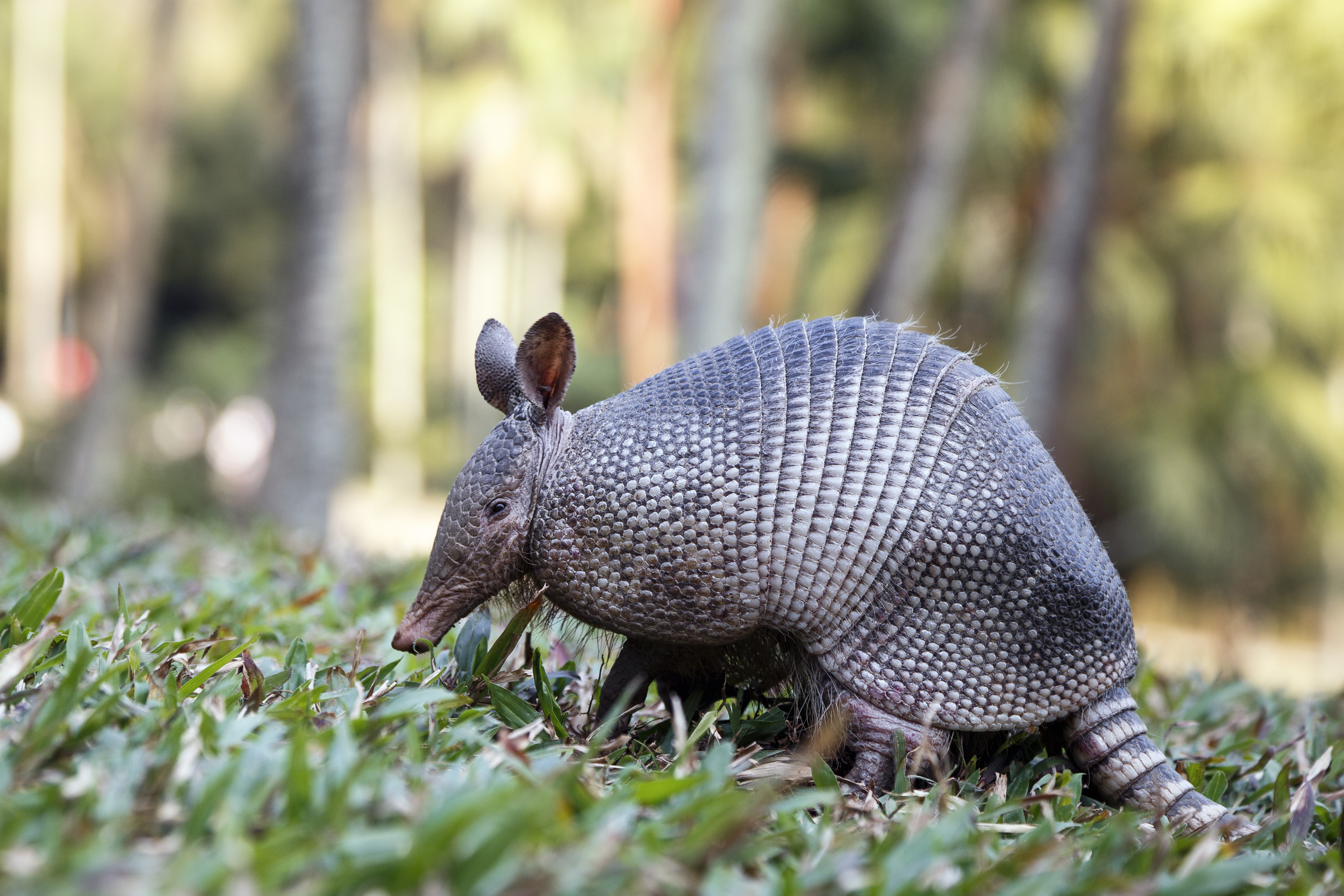 One of the armadillo quadruplets runs away when she hears Amanda Withnell approaching; her three siblings calmly keep their faces in their food bowls. Another, seemingly unable to summon the bravado you’d think would be standard equipment on a little oblong tank with feet, is a neurotic mess compared to his three mellow siblings, regularly running panicked into walls or jumping straight up like a jack-in-the-box — a patented armadillo move.

Withnell can keep track of which nine-banded armadillo quadruplet is the shy one or the neurotic one because the siblings often differ in appearance as much as they do in behavior. One has a touch of white on its left ear while the other three have it on the right; one has a symmetric blaze just above the nose while another’s blaze will tip left as if drunk.

“Among siblings, there are often differences in facial pigmentation and sometimes even in the number of vertebrae,” said biologist Frank Knight of the University of the Ozarks, one of the world’s leading experts on the nine-banded armadillo and Withnell’s husband. Differences... see more