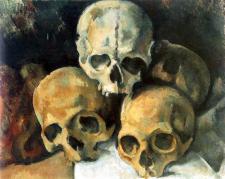 A little over 15 years ago, scientists at Kyoto University in Japan made a remarkable discovery. When they added just four proteins to a skin cell and waited about two weeks, some of the cells underwent an unexpected and astounding transformation: they became young again. They turned into stem cells almost identical to the kind found in a days-old embryo, just beginning life’s journey.

At least in a petri dish, researchers using the procedure can take withered skin cells from a 101-year-old and rewind them so they act as if they’d never aged at all.

Now, after more than a decade of studying and tweaking so-called cellular reprogramming, a number of biotech companies and research labs say they have tantalizing hints the process could be the gateway to an unprecedented new technology for age reversal. By applying limited, controlled doses of the reprogramming proteins to lab animals, the scientists say, they are seeing evidence that the procedure makes the animals—or at least some of their organs—more youthful.

One of the key promoters of... see more