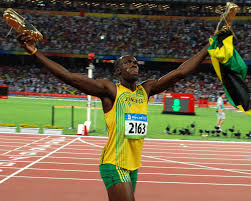 It's a scene straight out of Gattaca — the 1997 futuristic film in which eugenics is used to breed and select American astronauts.

Ethan Hawke plays Vincent, a wannabe space explorer who's held back by the fact he was born the "natural" way and not from a test tube. He's managed to be shortlisted for an expedition to Saturn's moon Titan, using someone else's DNA to rort the system.

A machine beeps as Vincent's stolen sample is processed. "Congratulations," a doctor says.

"But, what about the interview?" Vincent stutters.

"That was it," the doctor replies.

Could it soon be the same for elite athletes, chosen after years of hard work and passion, but selected from birth by the makeup of their genes?

Chinese swimming star Sun Yang says his doping days are over, but perhaps there's a different performance advantage coursing through his veins: a "gene for speed".

Last year, China's Ministry of Science and Technology announced it would scour athletes' blood for so-called "Olympic genes", quirks of DNA that could deliver a natural performance advantage in the pool, or... see more