How asylums became the crucible of genetics 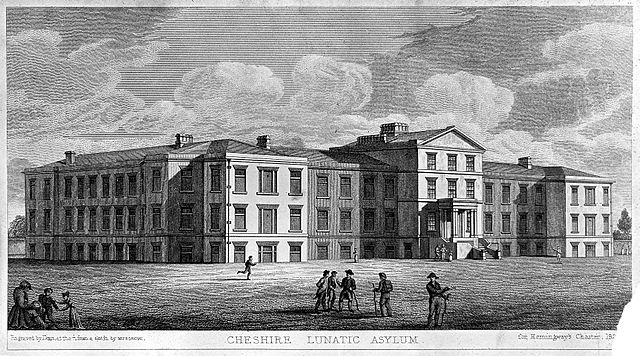 Who founded genetics? The line-up usually numbers four. William Bateson and Wilhelm Johannsen coined the terms genetics and gene, respectively, at the turn of the twentieth century. In 1910, Thomas Hunt Morgan began showing genetics at work in fruit flies (see E. Callaway Nature 516, 169; 2014). The runaway favourite is generally Gregor Mendel, who, in the mid-nineteenth century, crossbred pea plants to discover the basic rules of heredity.

Bosh, says historian Theodore Porter. These works are not the fount of genetics, but a rill distracting us from a much darker source: the statistical study of heredity in asylums for people with mental illnesses in late-eighteenth- and early-nineteenth-century Britain, wider Europe and the United States. There, “amid the moans, stench, and unruly despair of mostly hidden places where data were recorded, combined, and grouped into tables and graphs”, the first systematic theory of mental illness as hereditary emerged.

For more than 200 years, Porter argues in Genetics in the Madhouse, we have failed to recognize this wellspring of genetics — and thus to fully understand this... see more

Joe and The Gene: A Mother's Perspective

Seeing Thomas Hunt Morgan’s experiments with fruit flies in episode one of The Gene: An Intimate History took me right back to ninth grade biology. My entire class of 14-year-olds paired up to carefully sedate swarms of fruit flies...

By Pete Shanks | 04.18.2020
Biopolitical Times
Nothing is normal. Nothing is stable. Nothing is entirely predictable, as the COVID-19 pandemic rages, except that eugenics will raise its ugly head.
Bioethics
© Center for Genetics and Society / A Project of the Tides Center 2020 All rights reserved.