By Rob DeSalle, Natural History | 12. 11. 2021
Despite warnings by biologists and geneticists, eminent individuals and venerable institutions helped promote a false theory that led to sterilizations and genocide. 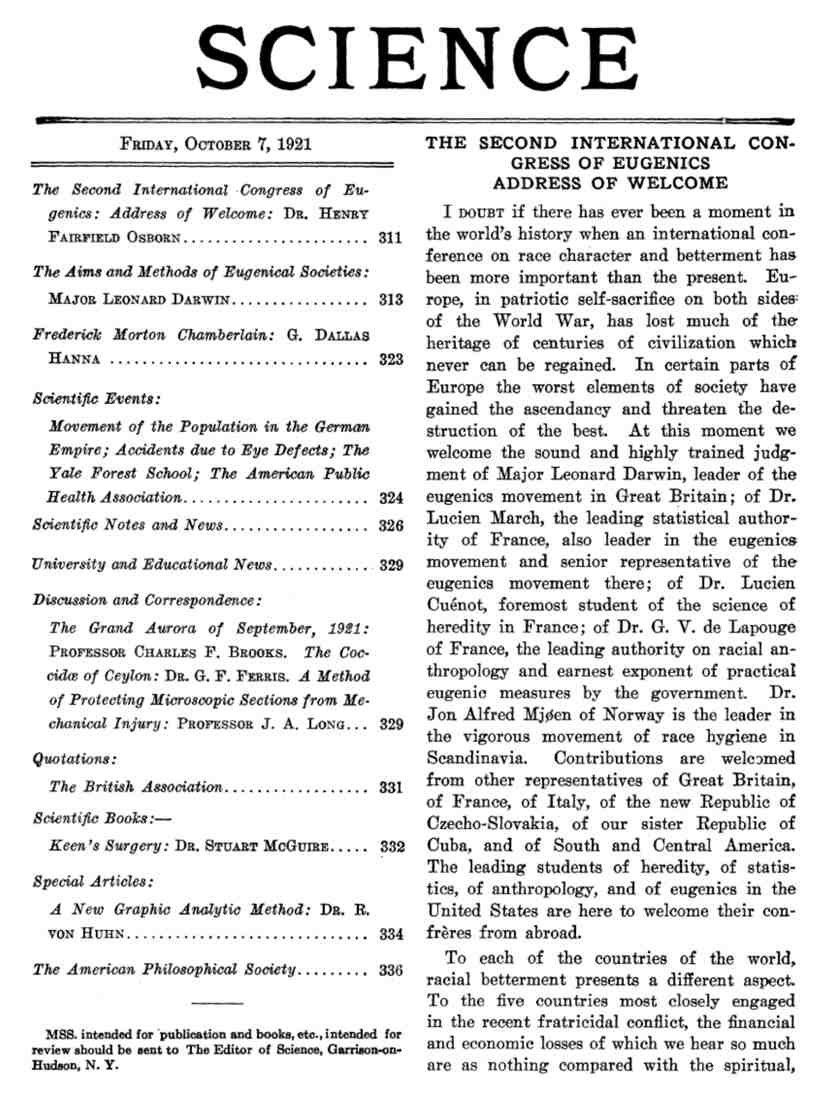 One hundred years ago, the Second International Congress of Eugenics was held from September 22-28, 1921, at the American Museum of Natural History (AMNH) in New York City. The assembly opened to enthusiastic fanfare and positive media attention. Alexander Graham Bell (1847-1922) was the honorary president. On the first evening, paleontologist and museum president, Henry Fairfield Osborn (1857-1935), opened the scientific portion of the Congress with a welcoming address that set a hopeful tone for the meeting—one of discovery and high-quality scientific presentations. Science magazine printed the address in its entirety. In a paper published in The Eugenics Review, Clarence Cook Little (1888-1971), then at the Carnegie Institution of Washington, summarized the goals of the meeting and the speaking schedules.

The Second Congress had four sections entitled “Human and Comparative Heredity,” “Eugenics and the Family,” “Human Racial Differences,” and “Eugenics and the State.” AMNH mounted an exhibition for the event, called the “Exhibition of Eugenics.” Henry Hamilton Laughlin (1880-1943), superintendent of the Eugenics Record Office at the Cold Spring Harbor Laboratory on Long Island, NY, edited a book-size account... see more