By Amanda Heidt, The Scientist | 10. 07. 2020
Emmanuelle Charpentier and Jennifer Doudna reprogrammed the bacterial immune response into one of the most popular tools for genetics and molecular biology. 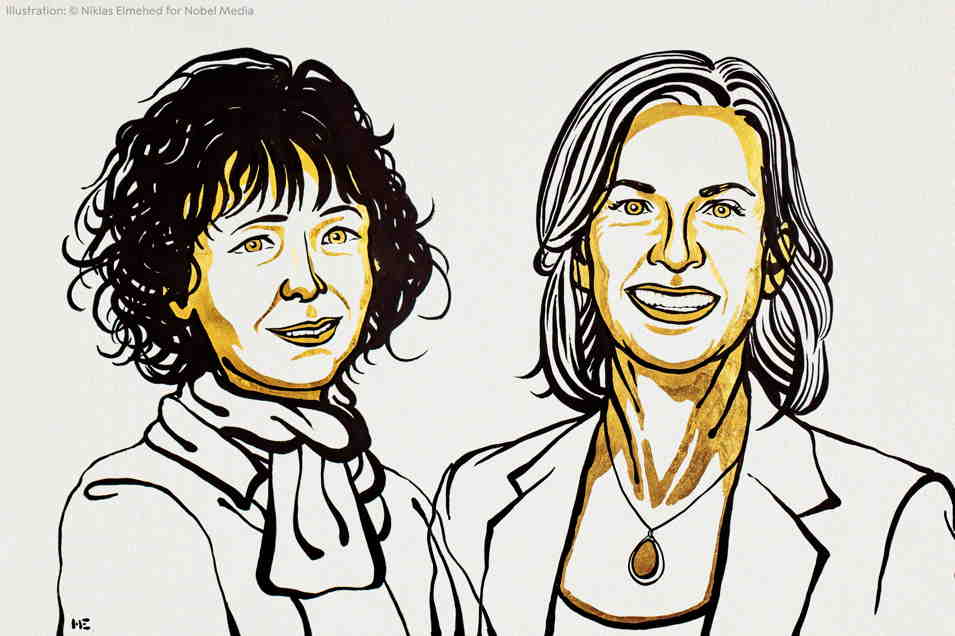 This year’s Nobel Prize in Chemistry has been awarded jointly to Emmanuelle Charpentier of the Max Planck Institute for Infection Biology and Jennifer Doudna of the University of California, Berkeley, the Royal Swedish Academy of Sciences announced today (October 7). They are recognized for their pioneering work in developing CRISPR technology, which has revolutionized the field of gene editing.

“Today’s Nobel Prize in Chemistry recognizes CRISPR-Cas9, a super-selective and precise gene-editing tool where chemistry plays an incredibly important role,” Luis Echegoyen, the president of the American Chemical Society, of which Doudna is a member, says in a statement. “This discovery, originally derived from a natural defense mechanism in bacteria against viruses, will have untold applications in treating and curing genetic diseases and fighting cancer, as well as impacts on agricultural and other areas. The future for this technique is indeed bright and promising.”

“I don’t know quite what to say. I’m about as shocked as I’ve ever been,” Doudna tells The Scientist, reacting to the news of her award. “I’m really... see more