A Call on UK to Reject Modifying Genes of Future Generations 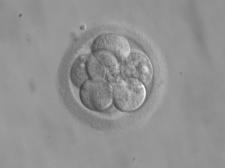 Techniques that would create “three-parent babies” cross a crucial and widely observed ethical and social line; safe alternatives exist for the few who would be candidates

The UK’s Human Fertilisation and Embryology Authority (HFEA) today published the findings of their public consultation on mitochondria replacement. A decision about whether to allow these techniques to be tested on human beings – thus overriding the country’s current prohibition on inheritable genetic modification – now rests with the UK Health Department and Parliament.

Taking such a step would violate the widespread international agreement against making changes in human DNA that can be passed down from one generation to the next. For this reason, the Center for Genetics and Society strongly urges the Health Secretary and Parliament to deny approval for human experimentation with mitochondria replacement techniques.

“Changing the genes we pass on to our children is a bright ethical line that should not be crossed,” said Marcy Darnovsky, PhD, the Center's executive director. “It has been observed by scientists around the world, adopted as law by more than 40 countries, and incorporated in several international treaties. It would be wrong for the UK to disregard this global bioethical consensus, especially when there are safe alternatives available for the very few people who would be candidates for the procedures.”

Mitochondria replacement techniques would do nothing to help people who are themselves affected by mitochondrial disease. Researchers say they are developing the techniques so that a subset of women with mitochondrial disease could try to have a genetically related child not affected by it. But this use would be applicable only to women with a particular form of mitochondrial disease – according to a prominent scientist who chaired the HFEA group overseeing the consultation, about 10-20 women a year in the UK might consider it. Even for these women, there are already available alternatives: screening using pre-implantation genetic diagnosis to find embryos with fewer mitochondrial mutations, third-party eggs, and adoption.

“We sympathize with the women who would like to be genetically related to their child while avoiding the risk of passing on mitochondrial disease,” Darnovsky said. “But there are safe options available, while mitochondria replacement would put their child at serious jeopardy of problems introduced by the procedures themselves. And the genetic changes the procedures would cause are permanent and irreversible, both for that child and for every generation that follows. The desires of these few women do not justify this serious ethical breach, which has profound consequences for everyone.”

Although mitochondria replacement would not alter DNA that is directly associated with most traits, allowing it could set a precedent for the kinds of inheritable genetic modification that could be used to try to create “enhanced” humans or even genetic castes.

“Allowing the manipulation of future generations’ DNA could all too easily lead to a world in which some people – those who could afford expensive reproductive and genetic procedures – would have either real or perceived advantages,” said Darnovsky. “It could create entirely new kinds of inequality.”

The Center for Genetics and Society is aware of submissions to the HFEA consultation by more than 20 people from six countries who share our concerns about the proposed techniques.

In addition to the UK researchers who would like to move their experiments with mitochondria replacement to human subjects, two research groups in the US are developing similar techniques. One group is associated with Oregon Health and Science University; the other with New York Stem Cell Foundation and Columbia University Medical Center. The FDA, which in 2001 stopped efforts at mitochondria replacement, would presumably be involved with any proposals for human clinical trials in the US.

The Center for Genetics and Society calls for a domestic and international moratorium on approval of any procedures involving inheritable human genetic modification, and for comprehensive public education and engagement concerning their full implications, both domestically and internationally.

For comprehensive information on mitochondria replacement, see our resource page at http://www.geneticsandsociety.org/article.php?id=6527