Women’s bodies, women’s identities, and the next chapter for Our Bodies Ourselves 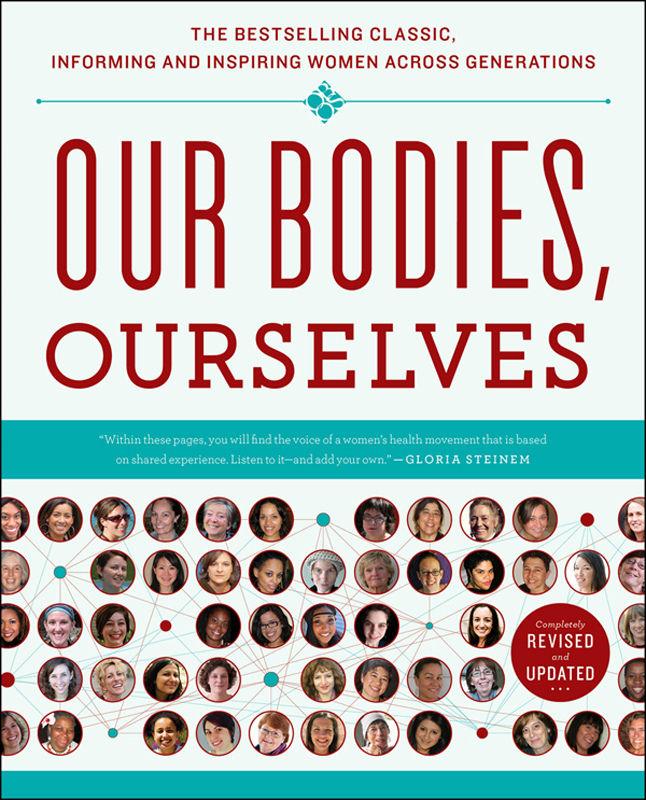 To contemplate the news that Our Bodies, Ourselves will cease updating its print and online information is to contemplate the many ways in which the world has changed since the heady days at the inception of Second Wave feminism. An icon of women’s health almost from the moment of its first, mimeographed 193-page edition in December 1970, when members of the Boston Women’s Health Collective took medicine and sexuality into their own hands and penned the chapters that radically altered the ways women learned about themselves.

Unbound from the unifying purview of (mostly male) physicians, the authors of the manual (titled Women and their Bodies – the permanent title was first used with the March 1971 printing) brought an entirely new optic to health and wellbeing, widened the scope of discourse about women. Their work both shocked and emboldened many a young girl and naïve housewife with their frank talk of mothering, menstruation, childbirth, straight and gay sex, and masturbation, among other things. For the next 50 years, the nonprofit Our Bodies Ourselves (OBOS) continued to challenge popular understandings of gender justice and women’s health. The organization oversaw regular revised editions of its signature book, provided copious online health information embedded in a political context, and worked with women’s organizations around the world.

Now a change is coming. On April 2, the chair of OBOS’ Board of Directors issued a Message About the Future of the storied feminist group. Beginning in October, OBOS will transition to a volunteer-led organization that will focus on health policy advocacy in partnership with other groups.

For those of us who grew up with Our Bodies, Ourselves – which at last count has sold 4 million copies and been culturally adapted into 31 languages by OBOS’ global partners around the world – the volume was a touchstone. Not only can it lay claim to raising women’s awareness globally, it can also point to patient advocacy and medical consumer rights as its offspring. Today’s internet medical sites and reproductive medicine chat groups are in part the legacy of Our Bodies, Ourselves. And OBOS has consistently sought to inform and advocate for women’s access to reproductive care, shining a light on the ways that religion-based groups have endeavored to impose restrictions, and that federal cuts in social programs endanger women and children.

From the beginning, OBOS promoted a broad and often daring vision of the close ties between women’s health and social, environmental, and political conditions. This cutting-edge point of departure meant that the organization and its publications often served as a pioneer in identifying and grappling with emerging issues, taking on challenges that most other women’s health groups missed or considered outside the purview of dominant reproductive health and human rights conversations.

As the international assisted reproduction landscape grew, for example, OBOS was there. Its signature book tackled human genetic and assisted reproductive technologies beginning in the 1990s, with medical information and political commentary on matters including human cloning, surrogacy, sex selection, genetic testing, and proposals to genetically modify future generations. The most recent edition of Our Bodies, Ourselves, published in 2011, includes a chapter on "Infertility and Assisted Reproductive Technologies," as well as a separate section on "Emerging Issues: Biopolitics, Women's Health, and Social Justice."

OBOS’ Global Initiative closely partnered with women’s organizations in other countries that document on-the-ground conditions for women’s health and well-being. These partnerships helped alert OBOS of the need to bring wider attention to the inequities of international commercial surrogacy. In December 2016, OBOS launched an innovative website, Surrogacy360, working with the Center for Genetics and Society (with which both of us are affiliated). This unique resource offers a balanced view of the business of contracting with women in hubs around the world to carry babies for individuals and couples who are unable to have children either because of infertility or other health conditions, or due to discriminatory laws that curtail their ability to parent. While commercial sites tout the legal and monetary benefits of hiring women from resource-poor countries for this labor, Surrogacy360 enables people to see the decision from multiple sides. This means including a clear-eyed view of the risks to gestational mothers (“surrogates”) who are enlisted into the enterprise, and of the power imbalances that typically characterize those relationships.

Genetic testing is yet another area in which OBOS pioneered a broad view and offered balanced advice. As prenatal testing has become ever more prevalent, OBOS has sought to help women make informed choices about these procedures, and to balance their own familial and cultural views against medical pressures regarding which babies are “normal.” And OBOS has worked to support the leadership of groups bringing a social justice lens, and the perspectives of disability justice and racial justice, to emerging technologies such as gene editing that raise the dangerous prospect of using human germline modification in reproduction.

For now, all of us owe a debt of gratitude to the bold group that rejected the notion that women should remain in ignorance about their bodies, and urged that they could and should gather the knowledge and resources to better understand the social contexts in which we all come to terms with our bodies and our sexuality. For half a century, OBOS has fostered a vision of competency, compassion, and community, and a tradition of combining clearly-written, nonjudgmental factual information with illuminating personal experiences and stories. This will provide a solid foundation for the organization’s new era and an inspiration for others.