Who Among Us Is Valuable Enough to Save?

The promotion of “herd immunity” is simplistic to the point of being dangerous, while “immunity passports” are neither ethical nor practical.
By Pete Shanks | 06.03.2020
Biopolitical Times 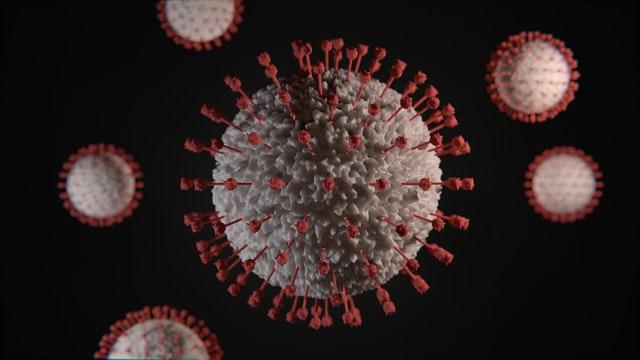 Who should live and who should die? That brutal and generally unspoken question is behind all the eugenic reactions to the COVID-19 pandemic. Some of those assaults on decency are obviously racist, or ableist, but others are a little more subtle and arguably at least as dangerous, since the eugenics is somewhat less apparent.

People are grasping for solutions that don’t exist. That explains the meretricious attraction of quack remedies, fake statistics and claims of miracles. Something had to be done, so something was done: For instance, titans of industry (well, chief executives of drug-store companies) were summoned to the White House to promote drive-through testing stations that never appeared in quantity; not a lot of harm was done by this stunt, except that expectations were raised and not fulfilled.

Perhaps inevitably, some members of the investment class, and others who think they know more than the epidemiologists, started impatiently promoting “herd immunity” as the way forward, at least until a vaccine is widely available. This is simplistic to the point of being very dangerous, not least because no such vaccine exists yet. The most optimistic estimate (from the White House) is that there might be one by the end of the year; mid-2021 is more likely, though the chief executive of Merck calls a 12- to 18-month timeframe “very aggressive” and rushing development could be dangerous. Even then, hundreds of millions of doses would need to be manufactured for the US alone, let alone the rest of the world.

There is admittedly validity to the concept of herd immunity, in theory and even in practice, but without a vaccine, it’s frankly irrelevant. With a vaccine — as for polio, measles, chickenpox and the rest — the usefulness of herd immunity is that not quite everyone needs to be vaccinated in order to keep the disease at bay. Some people may have allergies, for instance, so they cannot take the vaccine but they remain essentially protected because there is no one around who is suffering from the illness and can transmit the virus. Herd immunity is therefore protecting vulnerable people.

The population as a whole can withstand the refusal of a few people to join in, but only a few. Herd immunity requires that a high proportion — for coronavirus, likely about 60–80% — of the population have either been inoculated with a successful vaccine or recovered from the virus and developed immunity to it. (It is not totally clear that immunity will last very long, but let’s take the best-case scenario and assume that it does.) As of May 2, just under 20% of the people in New York City carried antibodies and so were presumed likely to be immune; that’s at best a third of the way to “herd immunity,” after about 20,000 deaths in a city of less than 9 million.

The US population is about 330 million. The math is not encouraging. To achieve herd immunity in the US without a vaccine, we would need at least 200 million Americans to get sick and recover. That's more than ten times the cases reported by June 2, at which time well over 100,000 had died. Are we going to accept one or two million deaths?

That projection underlines the real problem. We’re not so much talking about building herd immunity, as culling the herd. Really? Here’s the definition of cull, the transitive verb, from Merriam-Webster:

Applied to people, culling is practically the definition of negative eugenics.

That’s the difference between using herd immunity as protection for the fragile and relying on herd immunity so that the rest of us can get on with our lives. As Dr. Mike Ryan of the World Health Organization has said, “Humans are not herds.” Letting a sick or weak animal die to save the rest is a matter of “brutal economics” for farmers. But it’s a different matter to use “a very brutal arithmetic which does not put people and life and suffering at the center of that equation.”

It’s in this light that we need to evaluate the concept of “immunity passports.” That’s not in Webster’s yet, but Wikipedia, working off a Scientific Brief by the World Health Organization, has a functional definition:

An immunity passport, also known as an immunity certificate, recovery certificate or release certificate, is a document attesting that its bearer is immune to a contagious disease. The concept has drawn much attention during the COVID-19 pandemic as a potential way to contain the pandemic and permit faster economy recovery.

Note the last phrase: “faster economic recovery.” That’s why the concept is being pushed by entrepreneurs and libertarians. But for many reasons, as Natalie Kofler and Françoise Baylis explained in Nature on May 21, it is not an appropriate fix:

Among the practical arguments they delineate are:

The ethical objections include:

The ethical arguments are somewhat more controversial than the practical ones, and there is a lively bioethical debate, particularly featuring utilitarians complaining about vitalists. More moderately, Govind Persad and Ezekiel J. Emanuel, writing in JAMA, concede the practical challenges but take the view that:

Immunity licenses should not be evaluated against a baseline of normalcy, ie, uninfected free movement. Rather, they should be compared to the alternatives of enforcing strict public health restrictions for many months or permitting activities that could spread infection, both of which exacerbate inequalities and impose serious burdens.

The emphasis of the discussion around immunity passports so far has been on whether their introduction is a good idea, and their use justified. This could be the wrong way to look at the question. Instead, perhaps we should ask whether we can justify not using them.

Savulescu is notorious for applying this principle to human germline gene editing, which he has suggested (and repeated) “is morally permissible and indeed morally desirable.” He’s a proud advocate of “liberal eugenics”; at least he admits it.

The demand for simple solutions leads to hopes that in practice actually kill people. Two academic studies released on May 20 and a third reported on June 1 indicate that:

Worldwide, as of June 1, well over a third of a million people have died from the COVID-19 pandemic, and probably many more. At least six million have been infected, and that number is increasing by half a million a week. In the U.S., the death total blew past 100,000 in May, months earlier than estimates made at the beginning of April. We may be in the middle of this rolling disaster, or approaching a hiatus, or even still near the start of a multi-year phenomenon. No one really knows.

We need to look after each other.

Photo by Viktor Forgacs on Unsplash