The Facts Behind #CRISPRfacts and the Hype Behind CRISPR

On July 21, WIRED magazine released its August issue with a cover story on the controversial new gene-editing technique CRISPR. Under the headline “The Genesis Engine,” the cover shows magenta mountains and bright pink trees, and welcome readers to “the post-natural world.” The story portrays CRISPR as a literal cure-all, though one that might come with a bit of risk:

"We now have the power to quickly and easily alter DNA. It could eliminate disease. It could solve world hunger. It could provide unlimited clean energy. It could really get out of hand."

The online version of the article begins: “Easy DNA editing will remake the world. Buckle up.”

Even with today’s sensationalist scientific journalism, this level of hyperbole was a bit much, and the satirical Twitter hashtag #CRISPRfacts quickly began to trend.

Daniel Macarthur, a geneticist at Harvard Medical School and the Broad Institute, was the first to suggest that WIRED’s CRISPR article may have gone too far with the tweet:

Chris Dwan, also from the Broad Institute, replied with a joke using the hashtag #CRISPRfacts.

Others picked it up, igniting a slew of facetious tweets parodying WIRED’s claims, including You can stop earth-killing asteroids with CRISPR and CRISPR is actually Luke’s father.  One claimed CRISPR as the secret to Donald Trump’s hair.

Other tweets included graphics which poked fun at CRISPR content: 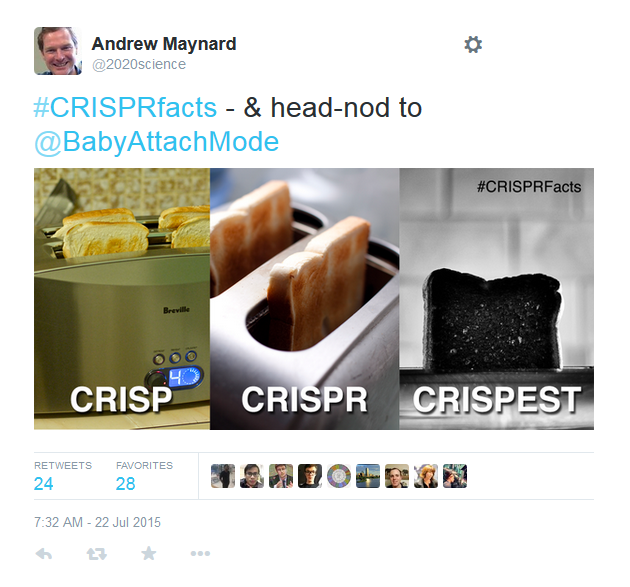 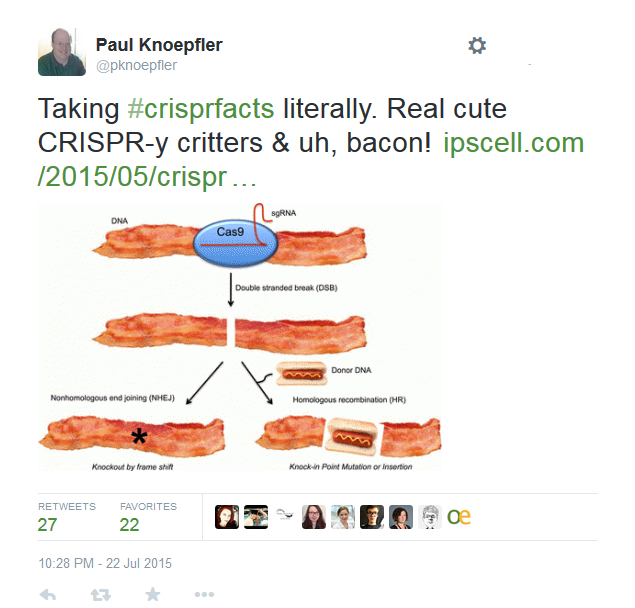 For those of us with deep social and political concerns about CRISPR – especially about proposals to use it to create genetically modified human beings, which the WIRED article discusses – the Twitter wave was double-edged. It was great to see the hype bubble pierced, but a little worrisome that few of the tweets acknowledged any problem with CRISPR beyond the hype. Here are some of our efforts in that direction from our twitter, @C_G_S: 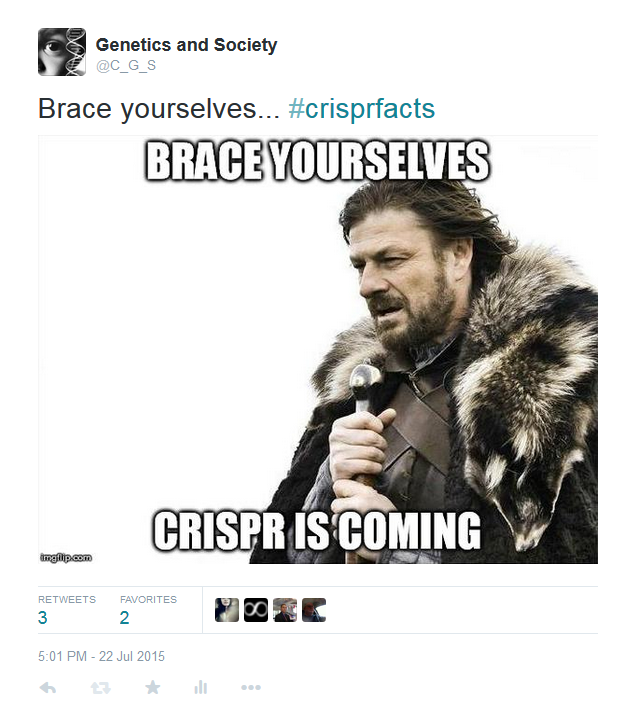 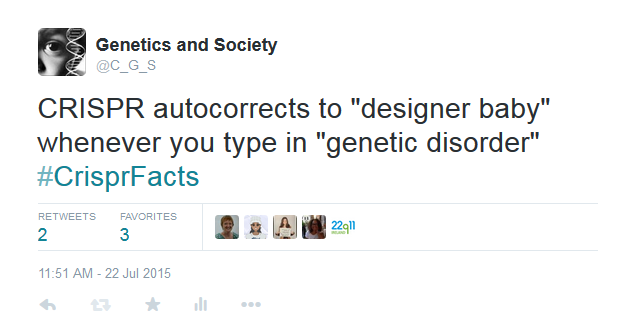 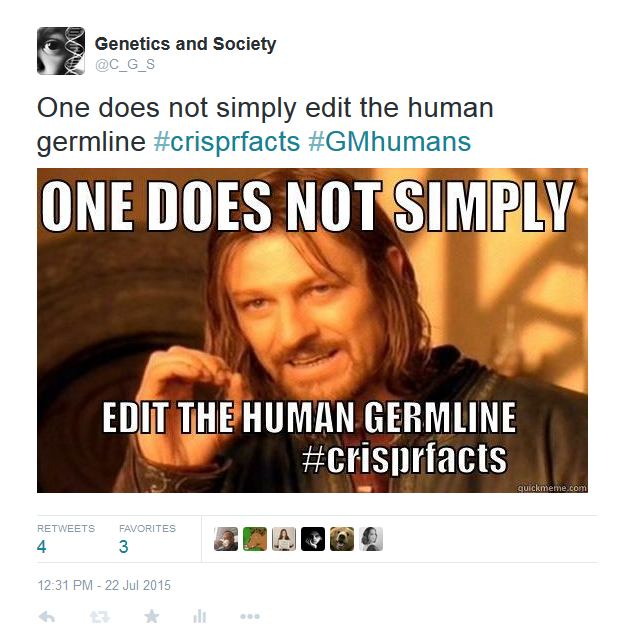 The fun finally petered out a couple days later, after more than 1,500 tweets and memes. However, the challenges posed by germline gene editing, of course, remain.

Notwithstanding its overwrought headline and cover, the WIRED article provides a decent overview of the CRISPR controversy. Sure, it fails to mention some key policy aspects of the situation, like the widespread international agreement that editing the human germline should be legally off-limits – and already is in more than 40 nations.

But its bottom-line message about CRISPR and the human germline seems appropriate both in fact and in tone – and it’s nothing to joke about: