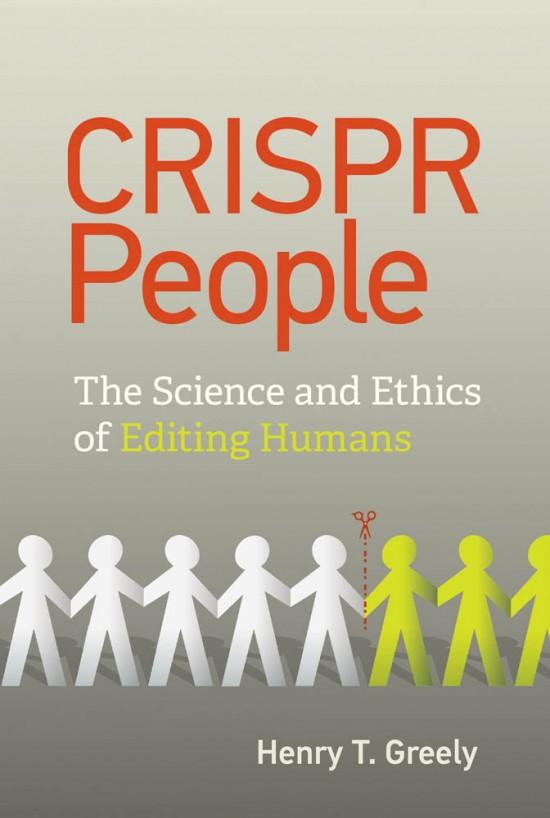 CRISPR People is an amalgam: one part historical reconstruction, one part legal inquiry, one part ethical examination, it delves into the disquieting events of late 2018 when word emerged that He Jiankui, a Chinese biophysicist at the Southern University of Science and Technology in Shenzhen, had staged a clinical experiment in which women were implanted with embryos genetically altered using the DNA editing technique known as CRISPR.  Two reporters broke the story, the first in MIT Technology Review and the second via Associated Press, spawning a worldwide flood of articles—currently numbering over 6,000 according to a NexisUni search.

Despite this extensive coverage, relatively little is known about what, precisely, He did; who knew about it inside and outside China; and when they knew it.  Well known Stanford University lawyer and bioethicist Henry Greely has set out to answer these questions.  The result is a meticulous inquisition of what he calls a “criminally reckless” [p. 147] experiment, which sought to produce babies with immunity to HIV infection by altering a key receptor for the virus.

Like all good lawyers, Greely carefully defines his terms, narrowing down what he means by “human germline genome editing”—that is, intentionally altering “the whole information-storing assembly that a person’s DNA makes up.” [p. 31] For Greely, this definition excludes changes to sperm or eggs, but covers those that might be made to the embryonic genome using other existing editing techniques (such as TALENS or zinc finger nucleases, which predated CRISPR) and would be passed down to offspring.

Greely’s next task—to establish the facts—poses greater challenges.  Here, the opacity of the Chinese scientific establishment and government has ensured that little information can be ferreted out. The few documents that have been obtained suggest that He operated fast and loose, ignoring the standards of human subjects research.

Take, for example, the informed consent: Even cursory examination of the form given originally to eight couples who were enlisted for He’s experiment would have raised the eyebrows of anyone aware of global  medical research practices.  He’s consent form did not tell the couples, all of which had male partners who were HIV-positive, that they could achieve HIV-free offspring using common sperm washing techniques.  More importantly, it did not reveal to them that the genome editing technique had never been used on embryos that would then be transferred to the womb.

Indeed, not unlike Patrick Steptoe and Robert Edwards, the British scientists who engineered the first successful IVF birth in humans, He proceeded with only minimal oversight.  Prior to the birth of Louise Brown, Steptoe and Edwards spoke about their in vitro fertilization efforts at conferences in the U.S. and the U.K.  In the U.S. in particular, they received pronounced pushback from prominent scientists and ethicists.  But in the U.K., they were largely able to pursue their goal without impediment.

For The Mutant Project: Inside the Global Race to Genetically Engineer Human Beings, author Eben Kirksey was able to interview many people who knew He at Shenzen University and found that the nature of the work he was doing was an “open secret” and was endorsed by the institution.  Greely establishes that He told at least six American academics of his efforts to edit and implant embryos. (Some other researchers suggest that the number might have been as high as 60.)  No one seems to have reported their knowledge to any authoritative body, though some claim to have told He not to proceed.  At least one American, Michael Deem, He’s Ph.D. advisor at Rice University, initially claimed to have been present in the Chinese clinic for the informed consent process with the couples, but later denied his involvement after the global storm of criticism burst.

Barring further disclosures from inside China, Greely’s account of events is likely to remain as definitive as we get.  Dense and crafted in parts like a legal brief, it’s difficult to summarize, so those interested in tracing the case in detail should look especially at Part II: The Revelation and its Aftermath.

Greely criticizes He for his failure to carry out proper testing in advance of the experiments and lays out what he feels must be done in order to test human germline genome editing:

The process will need to answer at least three questions: Do we want to allow any human germline genome editing, do we want to allow human germline genome editing for only certain uses, and how would we test it for safety?  And, of course, there is the “metaquestion” of the process we should use to answer those three questions. [p. 247]

Taking up the metaquestion first, Greely envisions that preclinical trials should be done on nonhuman and human embryos in the lab, and that transfers should then be should done on multiple species, from rats and mice to small mammals.  In addition, species akin to humans need to have been tested.  After weighing several possibilities, Greely settles on macaque monkeys.  As primates, they would provide a closer model for humans than rats or hamsters; they are more widely available and easy to work with than the more genetically kindred chimpanzees.

Whereas many have condemned He’s actions, Greely would like to see He extirpated from the international scientific community by being shunned and blacklisted by funders and journals.  To dissuade others from following suit, he also suggests the establishment of “snitching boards,” where germline genome editors could be reported.   “Snitching” seems a peculiar word choice; Greely admits that it is a culturally frowned upon act, so perhaps by throwing it out there repeatedly he is trying to somehow domesticate it so it loses some of its negative valence.  For this reader, the repetition has the opposite effect.

Also puzzling is Greely’s contention, more than halfway through the book, that in truth, there is no “human genome,” rather, there are as many genomes as there are people on the planet, and those genomes are constantly changing, so changes in the laboratory cannot really be seen as anomalous nor, really, as ethically problematic.  This line of argument seems to fall into the class of redefining the issue out of existence—in which case one might ask why Greely even bothered to write his manuscript and send it to The MIT Press?

Punctuating CRISPR People’s larger narrative are boxed profiles of eight prominent genetic researchers and ethicists: Paul Berg, David Baltimore, Jennifer Doudna, Alta Charo, George Church, Steve Quake, and the father and son academics William Hurlbut and J. Benjamin Hurlbut.  In addition to detailing their professional attainments, Greely comments variously on his view of their ethical stances, their relationship to the press, and their physical features.  The function of these vignettes is unclear.  Are they meant to establish Greely’s bona fides in this elite group?  To humanize them?  In any case, they do not add anything significant to the narrative and could have been dispensed with.

A more critical deficit is Greely’s failure to match the detail of his historical account in his deliberations about how best for society to weigh the potential uses of human germline genome editing.  After repeated assertions of the importance of a broader consideration of the technology’s use, Greely offers a frustratingly sketchy picture of how this might be accomplished.  He quickly dismisses the possibility of achieving international consensus (this, despite the fact that many countries already ban germline alterations) and then falls back on fairly standard approaches to evaluating scientific research.  Instead, he could have outlined a whole suite of social science interventions that might involve a wide variety of constituencies.  The multi-year project (1989-1993) of the Canadian Royal Commission on Reproductive Technologies, which solicited input from some 40,000 citizens, is one model.

Granted, Greely is in exalted company in this disappointing regard: Even the global conclave convened in 2015 in Washington, D.C., which concluded that it would be “irresponsible to proceed with any clinical use of germline editing unless and until” several key benchmarks, including “broad societal consensus about the appropriateness” of its application were met, fell short of outlining a process for moving beyond the standard approach of mainstream bioethics and scientific self-policing.

As J. Benjamin Hurlbut, an assistant professor of Biology and Society at Arizona State University, has pointed out, this is just one more example of the scientific habit of minimizing the importance of societal input on the direction science and technology take.  He argues that this tendency leads to a series of fallacies, including the belief that the implementation of technology is inevitable, the assumption that the proper time for societal deliberation is after the fact, and the tendency for any previously drawn “bright lines” to become dimmer when a once impossible eventuality (e.g., editing the human germline) becomes possible.  Hurlbut calls for a more robust “deliberation about what concepts of human integrity, well-being, and progress should guide the development of biotechnology.”  This discussion should take place across all sectors of society and should yield concrete governance mechanisms.  Hurlbut writes,

In reflecting upon modes of governance [for germline editing], we must look beyond systems of codified rules and mechanisms of oversight to ask more fundamental questions: what course are we travelling, charted by whom, navigating with what instruments, who is at the helm, and what winds and currents are bearing us along—or driving us off course?

Scientists, inevitably, have a strong impetus to stay the course.  Self interest, sometimes combined with lofty appeals to the betterment of people’s lives, generally prevails.  What He’s work shows us is that it is time for a major reconfiguration of the science-society relationship.