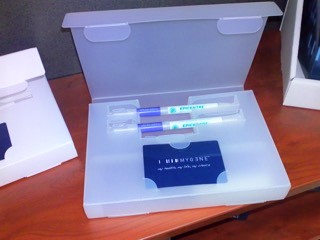 Rita Adele Steyn's mother had a double mastectomy in her 40s because she had so many lumps in her breasts. Her first cousin died of breast cancer. And Steyn's sister is going through chemotherapy for the disease now. Steyn worries she might be next.

So Steyn jumped at the chance when she heard about a company offering an inexpensive and easy new way to get her DNA tested for genetic mutations that sharply increase the risk for breast cancer.

"I thought it would be good to get tested," says Steyn. "I thought this is something I should know."

She ordered a $200 testing kit from the company, 23andme, spit into a small plastic tube, sent it back and waited for the results.

Genetic testing used to be uncommon and ordered only by doctors. They used it mainly to diagnose rare conditions, to... see more