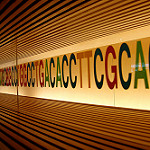 The world's largest human genome research project of 100,000 people was launched by China on Thursday to document their genetic makeup for a study that aims to help generate the precision medicines of the future.

It is the country's first large project detecting the genetic links between health and sickness and will involve 100,000 people from different ethnic backgrounds and regions, China Central Television (CCTV) reported on Thursday.

The project will collect the genetic data of Han ethnic majority people from all over the country and nine other ethnic minority groups with a population of more than 5 million including the Zhuang and Hui peoples.

There are about 25,000 human genes and the project aims to decode the hereditary information contained in each, according to the CCTV report.

The project includes four stages - collecting, sequencing gene samples, gathering the data and sharing the findings, one of the project's founders told the Global Times.

Currently it's the first stage, said Yu Jun, former deputy head of the Beijing Institute of Genomics under the Chinese Academy of Sciences (CAS).