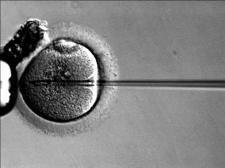 Today’s announcement of an advance in human cloning techniques raises the stakes on the need for a federal prohibition on reproductive human cloning in the United States.

“No one wants to wake up to headlines that a rogue fertility doctor or scientist initiated a pregnancy with a cloned human embryo,” said Marcy Darnovsky, PhD, executive director of the Center for Genetics and Society, a public interest organization based in Berkeley, California.

The production of cloned human beings is overwhelmingly opposed both by the public and by scientists. It is prohibited in some 60 countries and in a number of U.S. states, but not at the federal level.

“The United States is unfortunately an outlier among nations when it comes to responsible public policies on human reproductive cloning,” Darnovsky said. “Congress needs to act so that we can join the dozens of other countries – including those with the most advanced biomedical sectors – that have already outlawed the production of cloned human beings.”

As in most other species, cloning to produce stem cells in humans remains highly inefficient. This has several social and ethical implications. First, it means that research cloning efforts will require large numbers of women’s eggs.

“Egg retrieval for research involves significant health risks to women, and raises the issue of conflicts of interest between researchers who are eager for as many eggs as possible and fertility doctors who conduct the procedures and are ethically obligated to minimize risks to their patients,” Darnovsky said.

The inefficiency of research cloning also suggests that patient-specific treatments based on SCNT, if successfully developed, will be extraordinarily costly. “Stem cell research has been supported by large amounts of public funding,” Darnovsky said. “It would be a travesty to prioritize treatments that only the wealthy could afford. Funding agencies should certainly consider health equity issues as they decide what kinds of stem cell research to encourage.”

Today’s announcement is the latest development in a field that has seen more than its share of scandals, including the infamous case of Hwang Woo Suk, who achieved celebrity status for his claims of successfully producing cloned stem cells, but who turned out to have fabricated data, embezzled funds, and acquired eggs in illegal and unethical ways that resulted in more than a dozen women being hospitalized.

Eight of the 13 authors of today’s Cell Stem Cell article are affiliated with CHA University, CHA Fertility Center, or CHA Health Systems. In 2007, CHA Health Systems withdrew its approved application for a $2.6 million grant from the California Institute for Regenerative Medicine after allegations involving plagiarism by its founder and head, and a lawsuit alleging that the director of the affiliated CHA Fertility Center had lied in order to obtain a woman’s eggs.

These unfortunate historical incidents, and the ongoing social and ethical issues raised by cloning research, underline the need for responsibility and thoughtfulness in conducting, reporting, and regulating further developments.

“We would like to see scientists involved in cloning research and editors of scientific journals voicing strong support for a federal prohibition against human reproductive cloning,” Darnovsky said. “As a start, they should be promoting open and frank discussion about what this means about the possibility of reproductive cloning, about the safety of women who provide eggs for cloning research, and about whether treatments based on cloning research might exacerbate our already disgraceful health inequities.”

Can China’s New Criminal Law Deter the Next He Jiankui?

The latest edition of China’s criminal law formally came into effect March 1. The updated code includes a range of new legal provisions, from making it a crime to insult Communist Party martyrs, to tougher punishments for those who...

The impending decision about whether to develop and use heritable human genome modification carries high stakes for our shared future. Deciding to proceed with altering the genes of future children and generations...

A Star is Born

On July 5, 1996, the most famous individual sheep in history was born: Dolly, the first mammal cloned from an adult cell.

Scientists had cloned frogs previously, but many considered using an adult mammalian cell to produce a new creature with the same genome to be impossible. There was no public notice on the day of Dolly’s birth; the announcement was made on February 24, 1997, by Ian Wilmut and colleagues at the Roslin Institute, Scotland...