A DNA ancestry test forever altered Dani Shapiro’s sense of her own identity. Given the ubiquity of these tests, should we think more seriously about how they are accessed? 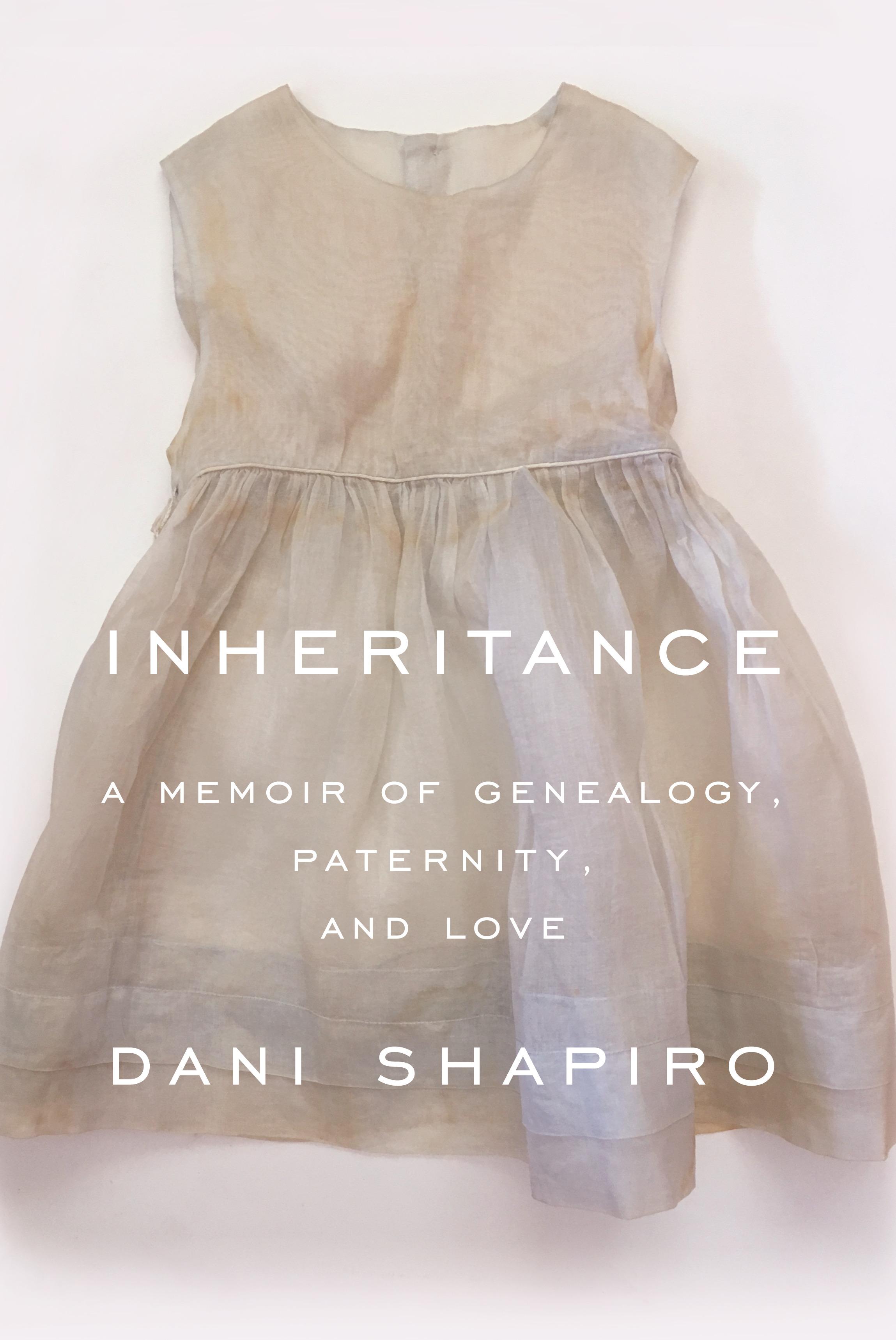 Michael Maren was curious about his genetic heritage, so he sent away for an ancestry testing kit; while he was at it, he got one for his wife.

Thus was Dani Shapiro’s sense of her own identity forever altered.

Because when the results came back, Dani’s report led to the inescapable conclusion that she had no immediate genetic relationship to her older half-sister, the child of her father and his first wife. That meant Paul Shapiro — the man who had raised her and shared his Orthodox Jewish faith with her; who had taken her to weekly temple services and helped her learn Hebrew; whose family portraits covered her walls, including relatives who had perished in the Holocaust and those who had survived to help build thriving communities of Orthodox Jews in the American Northeast — was not her biological father.

Dani Shapiro, whose life was thrown into emotional and cognitive turmoil for the next few years, is, of course, not alone.

Since the 1800s, when physicians in Europe, the UK, and the US first began using artificial insemination to address issues of male infertility, millions of children have been conceived with so-called donor sperm. Often shrouded in secrecy, the practice, known in the trade as artificial insemination by donor (AID), has spawned bioethical debate for decades. To address the thorniest of the issues raised by the use of anonymous donor sperm, some countries have enacted policies that ban it altogether or limit the number of times a single anonymous donor’s sperm may be used.

I first heard Dani Shapiro’s tale on an NPR segment with Melissa Block. I was struck by Shapiro’s circumstance. It was clear that her strong ties to her ancestry amplified the shock she felt. The stories of her paternal bloodline tracing back to the shtetl seemed to resonate with her on an almost daily basis.

At the same time, she told Block, there had been small fissures all along, especially because she bore little resemblance to her relatives. Describing herself as “fair, pale-skinned, blue eyes,” Shapiro says that, “It really was the story of my life — that literally every day someone or another would say, ‘You don't look Jewish,’ or ‘You can't possibly be Jewish.’”

Sometimes they did so emphatically.

Shapiro, who is the author of four novels, numerous stories and articles, and five memoirs (including this one) once attended a writing conference where a famous Jewish poet, despite hearing her recite her bona fides (raised kosher, went to yeshiva, speaks fluent Hebrew), insisted repeatedly, “There’s no possibility you’re Jewish.”

Too, there were odd incidents that had not made sense at the time, including when her mother, upon meeting a friend of Shapiro’s at a literary event, asked where she was from. The woman answered “Philadelphia,” and Shapiro’s mother said, “Oh, my daughter was conceived in Philadelphia.” When Shapiro pressed her to explain, her mother said, “Oh, you don’t want to know. It’s not a pretty story.” 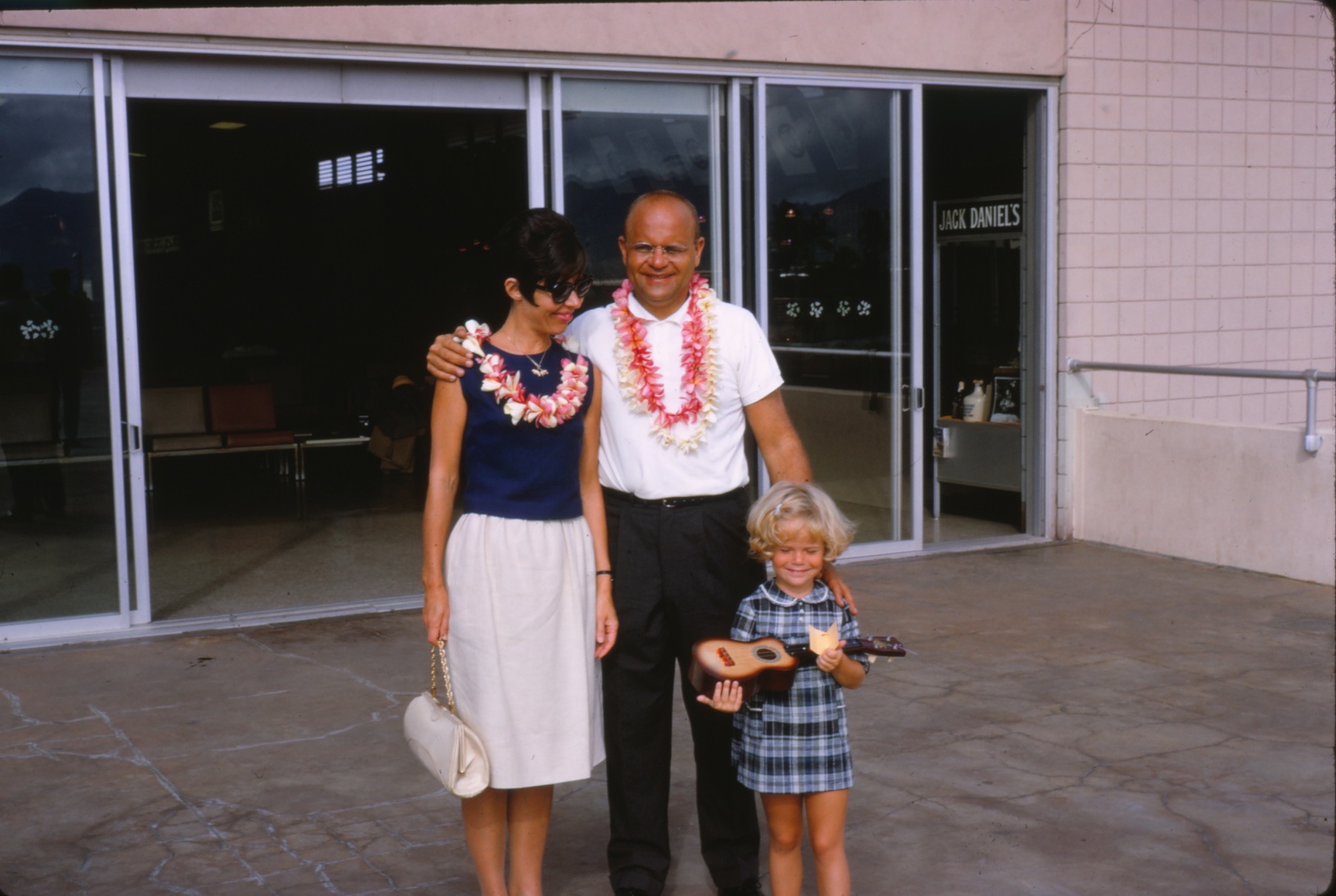 Dani Shapiro as a young child with her parents in Hawaii. Photo courtesy of the author.

Unlike many children conceived by AID, Shapiro identified her biological father with lightning speed thanks to the clues she had and the internet. Now living in Portland, he is a retired physician who had often lectured on medical ethics — an irony Shapiro doesn’t shy from underscoring. Although he was initially quite guarded when she emailed him and did not want to meet her in person, he and his wife ultimately did decide to have contact with Shapiro; she also eventually met his children, her half-siblings. These contacts posed another set of ethical dilemmas because, by then, Shapiro had signed on to the Donor Sibling Registry: What should she do if half-siblings conceived with his sperm contact her? His wife had insinuated her wish that Shapiro not disclose his identity “if any others come.”

Shapiro’s larger quest to solve the mystery of whether her mother and father knowingly kept the truth of her conception from her — or even knew that donor sperm had been used — leads her to consult eminent rabbis, researchers who were present in the early days of IVF, the director of one of the country’s largest sperm banks, and multiple relatives, including her elderly paternal aunt in Chicago. Here is the real pith of the story, when each person she seeks out grapples with the key issues raised by her discovery. Did Paul Shapiro knowingly violate Jewish law and accede to AID to help his wife fulfill her desire to have a child? Would a physician practicing artificial insemination in the mid-1950s necessarily have told a couple he was throwing more viable sperm into the mix? If Dani were not Paul’s biological daughter, was she still entitled to think of his family history as belonging to her?

The wisest answers come from her father’s 93-year-old sister Shirley. When Shapiro tells her that Paul is not her biological father, Shirley’s response is unhesitating.

“She leaned slightly forward, reached out, and grabbed my hand. ‘I’m not giving you up,’ she said, … ‘And you’d better not be giving me up.’” For Shirley, shared lived experience, love, and intentionality far outweigh chance genetics. Out of pure love, Paul Shapiro had chosen to acquiesce to AID and raise Dani as his daughter despite their lack of biological connection, opening up, says Shirley, “a world of inclusiveness.”

Unfortunately, many individuals who discover family secrets through genetic ancestry tests will not experience the positive resolution that Shapiro did. They may never find their biological fathers or, if they do, those people may eschew all contact. They may not have relatives like Aunt Shirley who will validate their family belonging. They may gain solace, as many have, from locating half-siblings via Donor Sibling Registry or other services. But, then again, they may not.

Given the ubiquity of these tests, should we think more seriously about how they are accessed? Can we assume that people submitting to such tests fully understand the potential implications? Should companies administering these services be obliged to offer counseling or fuller narratives about what the tests may reveal? The Ancestry.com informed consent statement focuses on the privacy risks of possible data usage and includes only a passing mention of possible psychological disruptions, noting that “you may learn information about you or your genetic relatives that you do not expect or that makes you uncomfortable, such as potential health risks.”

As Shapiro’s narrative shows, the discomfort may be profound and require substantial and heart-rending effort to overcome. Some test-takers may not reach a place as affirming and empowering as she does.