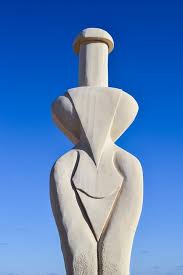 Tiffany Harper, a 36-year-old attorney in Chicago, suffered in silence for five years.

Expecting to get pregnant as soon as she got married, she was confused when her pregnancy tests continued to be negative.

Harper knows her way around most issues. But, she said, “I didn’t know other black women who were getting (infertility) treatments — the only women who talked openly about it were white women,” Harper said. “There’s a silence about it that makes it really isolating.”

Black women are almost twice as likely to experience infertility than white women, studies suggest, but they seek medical help for it half as much. About 15 percent of white women between 25 and 44 seek infertility treatment, compared with 8 percent of blck women.

And while as a society, we’ve become more open about infertility — with celebs like Chrissy Teigen, Nicole Kidman and Emma Thompson opening up about their struggles — in the black community, even with Tyra Banks, Michelle Obama and Gabrielle Union sharing their struggles, it’s been largely a silent issue.

A University of Michigan... see more

Egg freezing was supposed to be as revolutionary as birth control. It hasn’t lived up to the hype — but it has still changed women’s lives.
Assisted Reproduction