From Black Death to fatal flu, past pandemics show why people on the margins suffer most

By Lizzie Wade, Science | 05. 14. 2020
Similar tragedies were repeated for hundreds of years in Indigenous communities as colonial violence and oppression rendered Native Americans susceptible to epidemics. 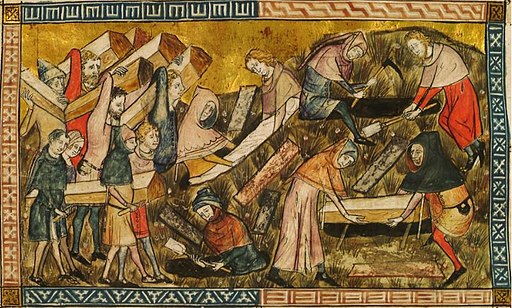 When the Black Death arrived in London by January 1349, the city had been waiting with dread for months. Londoners had heard reports of devastation from cities such as Florence, where 60% of people had died of plague the year before. In the summer of 1348, the disease had reached English ports from continental Europe and begun to ravage its way toward the capital. The plague caused painful and frightening symptoms, including fever, vomiting, coughing up blood, black pustules on the skin, and swollen lymph nodes. Death usually came within 3 days.

The city prepared the best way it knew how: Officials built a massive cemetery, called East Smithfield, to bury as many victims as possible in consecrated ground, which the faithful believed would allow God to identify the dead as Christians on Judgment Day. Unable to save lives, the city tried to save souls.

The impact was as dreadful as feared: In 1349, the Black Death killed about half of all Londoners;... see more